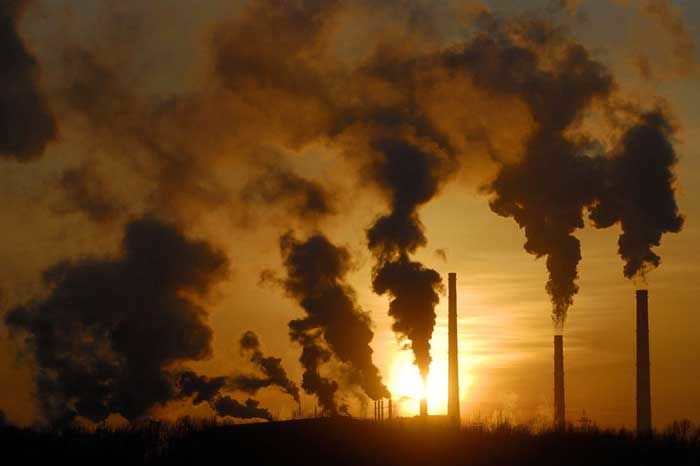 The rate of carbon emissions is higher than at any time in fossil records stretching back 66 million years to the age of the dinosaurs, according to a study on Monday that sounds an alarm about risks to nature from man-made global warming.

Scientists wrote that the pace of emissions even eclipses the onset of the biggest-known natural surge in fossil records, 56 million years ago, that was perhaps driven by a release of frozen stores of greenhouse gases beneath the seabed.

That ancient release, which drove temperatures up by an estimated 5 degrees Celsius (9 Fahrenheit) and damaged marine life by making the oceans acidic, is often seen as a parallel to the risks from the current build-up of carbon in the atmosphere from burning fossil fuels.

"Given currently available records, the present anthropogenic carbon release rate is unprecedented during the past 66 million years," the scientists wrote in the journal Nature Geoscience.

The dinosaurs went extinct about 66 million years ago, perhaps after a giant asteroid struck the Earth.

Lead author Richard Zeebe of the University of Hawaii said geological records were vague and "it's not well known if/how much carbon was released" in that cataclysm.

Current carbon emissions, mainly from burning fossil fuels, are about 10 billion tonnes a year, against 1.1 billion a year spread over 4,000 years at the onset of the fast warming 56 million years ago, the study found.

The scientists examined the chemical makeup of fossils of tiny marine organisms in the seabed off the New Jersey in the United States to gauge that ancient warming, known as the Paleoeocene-Eocene Thermal Maximum (PETM).

U.N. studies project that temperatures could rise by up to 4.8C this century, causing floods, droughts and more powerful storms, if emissions rise unchecked. Carbon dioxide forms a weak acid in seawater, threatening the ability of creatures such as lobsters or oysters to build protective shells.

"Our results suggest that future ocean acidification and possible effects on marine calcifying organisms will be more severe than during the PETM," Zeebe said.

"Future ecosystem disruptions are likely to exceed the relatively limited extinctions observed at the PETM," he said. During the PETM, fish and other creatures may have had longer time to adapt to warming waters through evolution.

Peter Stassen, of the University of Leuven who was not involved in the study, said the study was a step to unravel what happened in the PETM.

The PETM "is a crucial part of our understanding of how the climate system can react to carbon dioxide increases," he told Reuters.