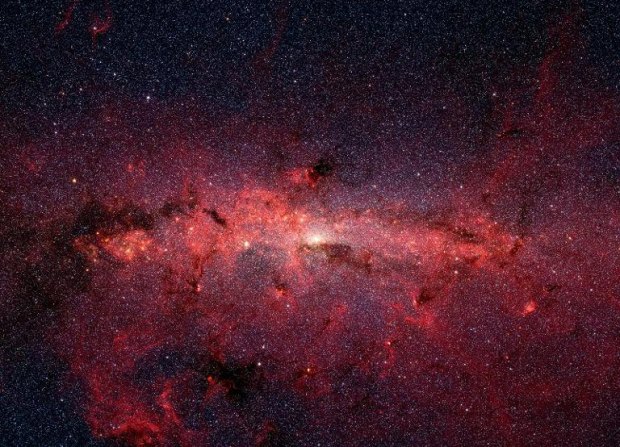 A recently exploded star relatively near the solar system is raining radioactive metal down on earth, according to a new study published Thursday.

In order to locate it, they poured over data collected by NASA spacecraft from more than 17 years of missions in space.

The team is the first ever to find radioactive particles resulting from a supernova, the enormous explosion that happens as a star dies, in Earth's cosmic neighborhood.

Iron-60 is extremely rare on Earth, found only deep in the planet's crust under the ocean. It's also been found on the moon, including soil samples brought back by NASA's Apollo missions between 1969 and 1972.

The material's half-life, however, is 2.6 million years. Therefore, the material could not be from the Earth's birth 4.5 billion years ago, because it would have decayed.

Instead, the iron-60 must be coming from space, where it forms in star explosions.

The discovery confirms that multiple supernovae have likely occurred near Earth within the past few million years.

The report was published Thursday in the journal Science by researchers from the University of Washington in St. Louis, the California Institute of Technology and NASA.

Researchers noticed that iron-60 nuclei, the part of the atom detected by NASA spacecraft, were sped up by supernovae just 300 light-years away, which is relatively close to Earth, astronomically speaking.

"There is a delay between when these nuclei were formed and when their acceleration occurred, which suggests that at least one more supernova occurred nearby and contributed to the acceleration," scientists noted in the report.

Fortunately, the scientists believe Earth is struck by about one subatomic piece of iron-60 once a year-not enough to cause alarm.