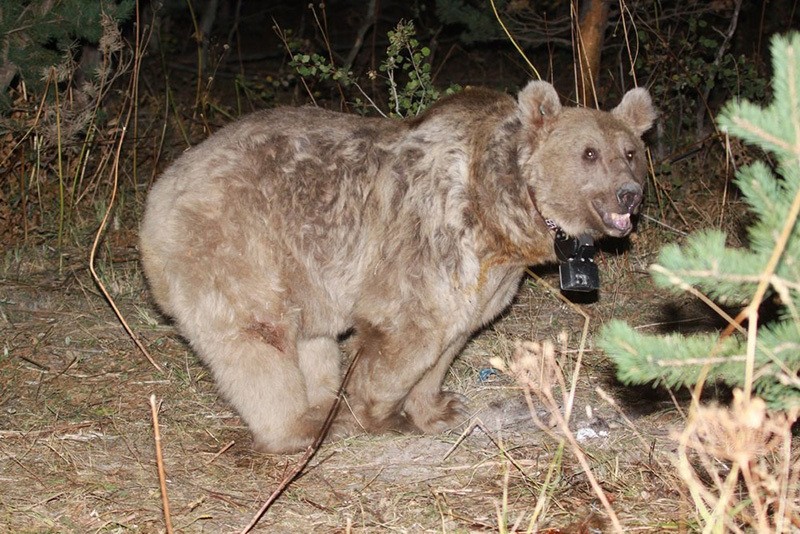 Scientists have found the first 'nomad’ grizzly bears in eastern Turkey, which travel 250 km for a new habitat, and return back for hibernation.

A wildlife research conducted in eastern Turkey has revealed a one of a kind breed of grizzly bears that live as nomads.

According to Anadolu Agency report, the research, led by Associate Professor Çağan Şekercioğlu under the score of Researching and Protecting the Wildlife in Eastern Anatolia Project, achieved the new finding about these travelling 'nomad' grizzly bears after satellite transmitters put on some of the bears for research tracking purposes showed interesting travelling patterns.

The findings revealed that some of the bears, which lived in the forests in Sarıkamış district of eastern Kars province, had travelled 250 kilometers to northeastern Artvin province's Şavşat district before winter arrived. The bears later travelled back in winter to go into hibernation.

Scientists from various European universities have also participated in the research, which was conducted with the permission of the Minister?Ministry of Forestry and Water Affairs, since 2009

The research's findings about the grizzly bears was published in a scientific artcile in the UK's Journal of Zoology.