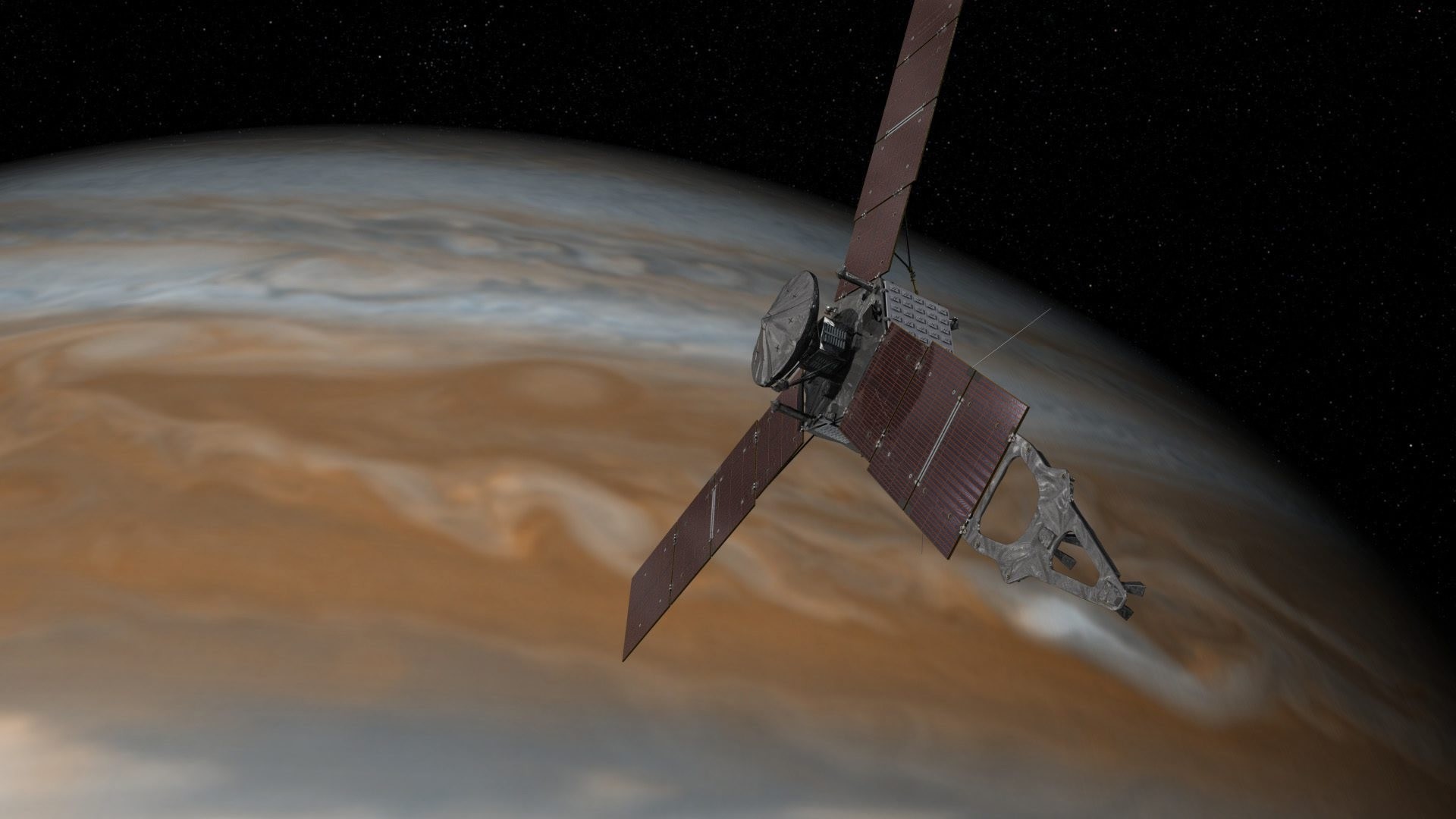 This artist's rendering provided by NASA and JPL-Caltech shows the Juno spacecraft above the planet Jupiter. (AP PHOTO)
by Jul 02, 2016 12:00 am

NASA's Juno spacecraft hurtled closer toward Jupiter on Friday headed for a July 4 leap into polar orbit around the solar system's largest planet to analyze how it formed and helped set the stage for life on Earth.

During a 20-month study, Juno is expected to circle the gas giant in 37 egg-shaped orbits to measure microwaves radiating from inside the planet's thick atmosphere, map its massive magnetic field and conduct other experiments.

Scientists are particularly keen to learn how much water Jupiter contains, a key to unlocking the origins of the largest celestial body in the solar system after the sun.

Jupiter currently orbits the sun at a distance about five times farther away than Earth, but it may have formed in a different location and migrated, gravitationally elbowing aside other planets along the way.

"Something happens that allows a star to be born and then afterwards the planets ... That eventually leads to us," said the mission's lead scientist, Scott Bolton, a space physicist with the Southwest Research Institute in San Antonio, Texas.

More than half of the material left over from the formation of the sun 4.6 billion years ago ended up in Jupiter, which has a circumference nearly 11 times bigger than Earth's and is itself orbited by 67 known moons.

Jupiter is made almost entirely of hydrogen and helium, the two simplest and most abundant elements in the universe, but the planet's enormous mass generates such high pressure that the materials behave in unexpected and unknown ways. 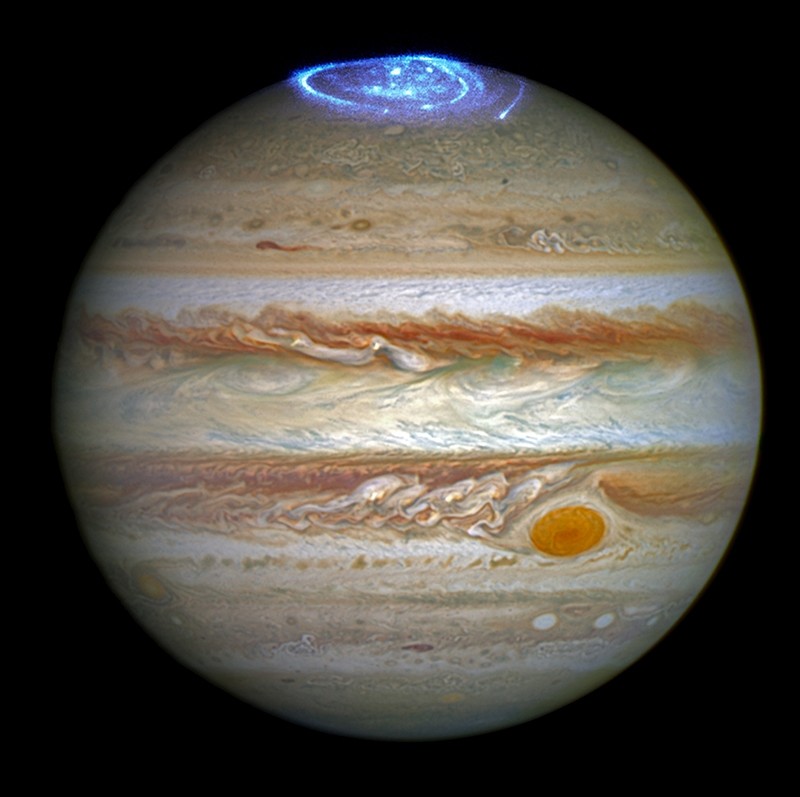 "We're working in a new environment," said Frances Bagenal, a planetary scientist with the University of Colorado in Boulder. "We don't know the physics of how things work at these high pressures."

The Juno probe is named for the ancient Roman goddess, who was the wife and sister of Jupiter, the mythological king of gods, and had the power to see through clouds.

From vantage points as close as 3,000 miles (4,800 km) from the planet's cloud tops, the spacecraft is to not only search for water but assess whether Jupiter possesses a dense core beneath its atmosphere.

"We're about to embark on an incredible journey," Bolton said during a news conference from the Jet Propulsion Laboratory in Pasadena, California.

The rocket must be precisely positioned and burn for 35 minutes to reduce its speed enough to allow it to be captured by Jupiter's gravity and swing into orbit.

"If that doesn't all go just right, we fly past Jupiter," Bolton said.

Only one other spacecraft, NASA's Galileo space probe, has orbited Jupiter, circling the planet for eight years before colliding with the gas giant in 2003. The first spacecraft to fly past Jupiter was NASA's Pioneer 10 in 1973.

Juno, which will arrive at Jupiter after a journey of five years and nearly 2 billion miles (3.2 billion km), is expected to end its mission as the Galileo probe did, crashing itself into the planet to avoid possible contamination of Jupiter's ocean-bearing moon, Europa, with any microbes carried by the spacecraft.