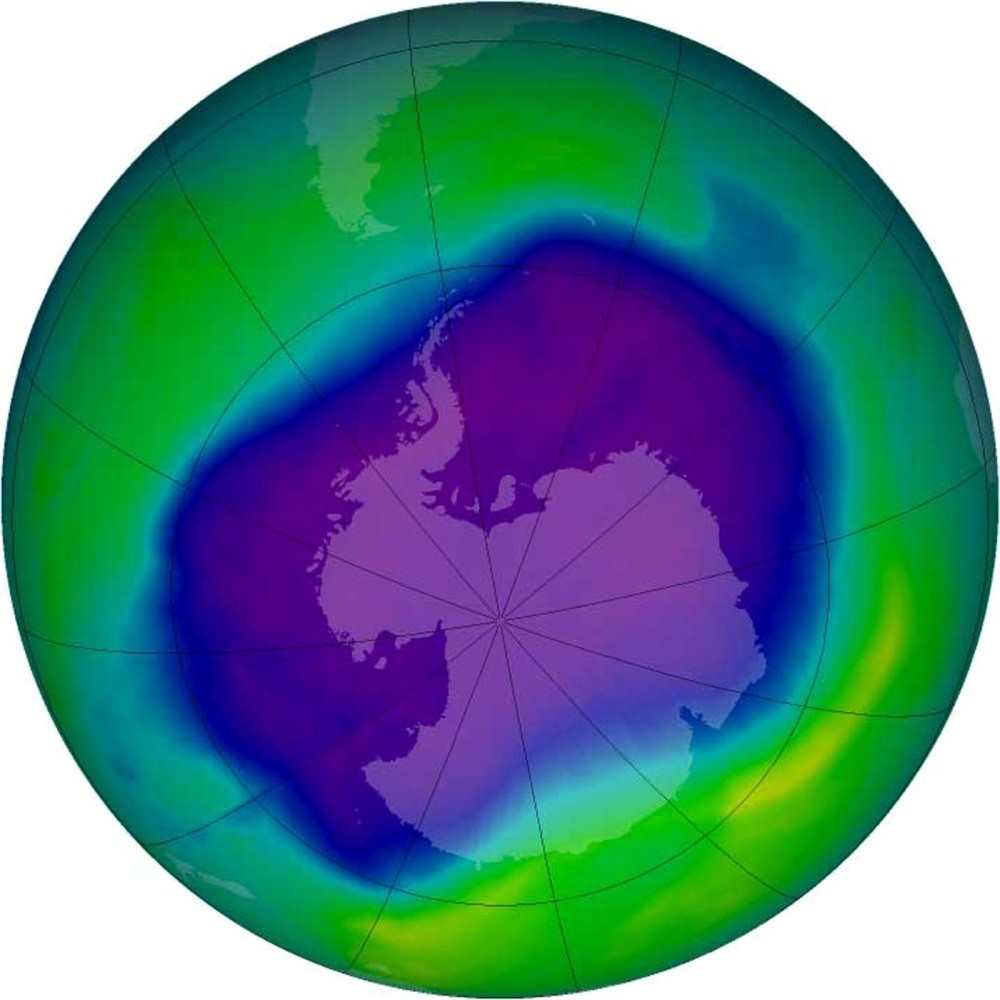 by Jul 02, 2016 12:00 am
The hole in the ozone layer over the Antarctic has begun to shrink, signaling good news for the environment decades after an international accord to phase out certain pollutants, researchers said Thursday. The study found that the ozone hole had shrunk by 1.5 million square miles - an area about the size of India - since 2000.

"It's a big surprise," said lead author Susan Solomon, an atmospheric chemist at the Massachusetts Institute of Technology, in an interview with Science magazine.

"I didn't think it would be this early."

The study attributed the ozone's recovery to the "continuing decline of atmospheric chlorine originating from chlorofluorocarbons (CFCs)," or chemicals that were once emitted by dry cleaning, refrigerators, hairspray and other aerosols.

Most of the world signed on to the Montreal Protocol in 1987, which banned the use of CFCs.

"We can now be confident that the things we've done have put the planet on a path to heal," said Solomon.

Co-author Anja Schmidt, an academic research fellow in volcanic impacts at the University of Leeds, agreed, describing the Montreal Protocol as "a true success story that provided a solution to a global environmental issue." The ozone hole was first discovered in the 1950s. It reached record size in October 2015, but Solomon and colleagues determined that this was due to the eruption of the Chilean volcano Calbuco that same year. The volcano slightly delayed the recovery of the ozone, which is sensitive to chlorine, temperature and sunlight.

"Such eruptions are a sporadic source of tiny airborne particles that provide the necessary chemical conditions for the chlorine from CFCs introduced to the atmosphere to react efficiently with ozone in the atmosphere above Antarctica."

The ozone goes through a regular cycle each year, with depletion of ozone starting in late August at the end of Antarctica's dark winter.

The hole typically peaks in size in October.

The overall trend toward recovery became apparent when scientists studied measurements from satellites, ground-based instruments and weather balloons in the month of September, not October.

"I think people, myself included, had been too focused on October, because that's when the ozone hole is enormous," said Solomon.

"But October is also subject to the slings and arrows of other things that vary, like slight changes in meteorology." Co-author Ryan Neely, a lecturer in observational atmospheric science at Leeds, said the scope of the study allowed the team to "quantify the separate impacts of man-made pollutants, changes in temperature and winds, and volcanoes, on the size and magnitude of the Antarctic ozone hole. "Observations and computer models agree," he added. "Healing of the Antarctic ozone has begun."
RELATED TOPICS