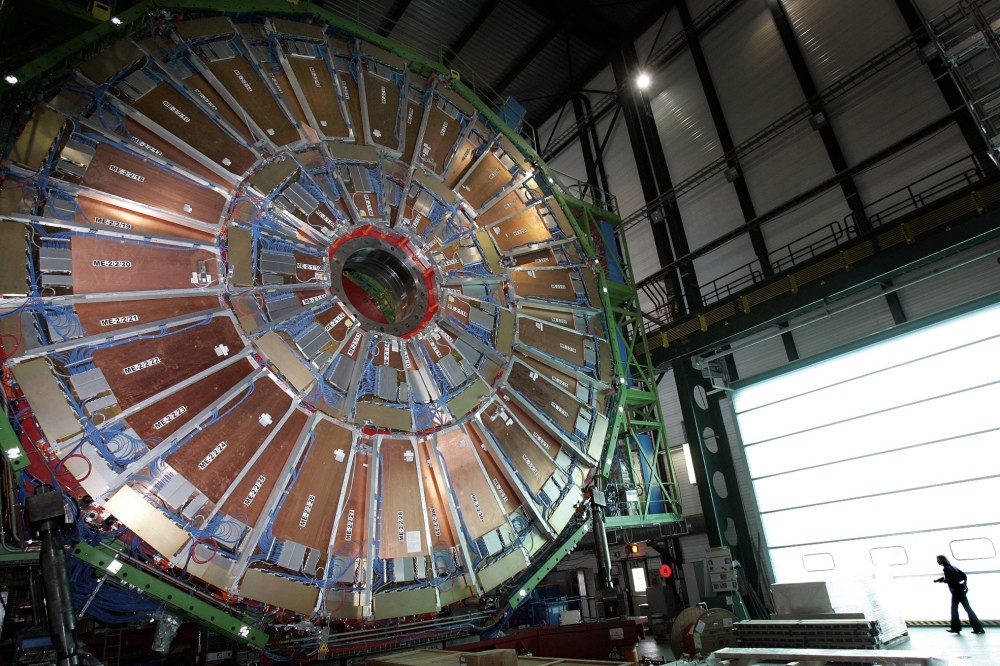 by Jul 08, 2016 12:00 am
Scientists at Europe's physics research centre CERN are preparing to unwrap the biggest trove of data yet from the Large Hadron Collider (LHC), three years after they confirmed the existence of the elusive Higgs boson.

"In the life of accelerator physics there are few moments like the one we are living through," said Tiziano Camporesi, leader of the CMS experiment at CERN. "This is the time when the probability of finding something new is highest."

The Higgs boson, whose discovery secured the Nobel prize for physics in 2013, answered fundamental questions about how elementary matter attained mass. But it did not solve the riddle of what's missing from the "standard model" of physics.

The standard model, an elegant ensemble of equations summarising everything known about nature, leaves some questions hanging, Camporesi told Reuters at CERN in Geneva.

One puzzle is why gravity doesn't seem to fit into the standard model. Another question is why there is far more matter in the universe that the 4 percent we can see.

The LHC has never worked better, or harder. Billions of protons shoot around the 27-km (17-mile) underground ring before smashing into each other at an energy of 13 Tera electron Volts (TeV), or about 13 times the force of a flying mosquito. The intensity of the proton beams has been cranked up to a record, providing more data than ever.

The big reveal will be at the International Conference on High Energy Physics in Chicago next month when CMS and its neighbour at CERN, the Atlas experiment, will show what they have found.

There was a first hint of a possible result last December, when CMS and Atlas both suggested a "bump" in the data at 750 Giga electron Volts (GeV).

Within two weeks, there were 89 papers theorising what it could be. Now there are 450. But Camporesi urged caution, and said theorists could be trigger-happy.

"What we have seen is like if you had thrown a coin six times and see that it always comes out heads. You wouldn't bet that the coin has two heads just on that," he said.

"Nature can be kind, or it can be subtle. If it is kind, the discoveries come quickly." If it is subtle, it could take all of the LHC's planned 3,000 inverse femtobarns to produce a result. "I'm afraid that dark matter might be something that is much, much rarer than the Higgs boson," Camporesi said.