After Juno’s 1.7 billion mile journey to Jupiter, here's what to expect during the mission 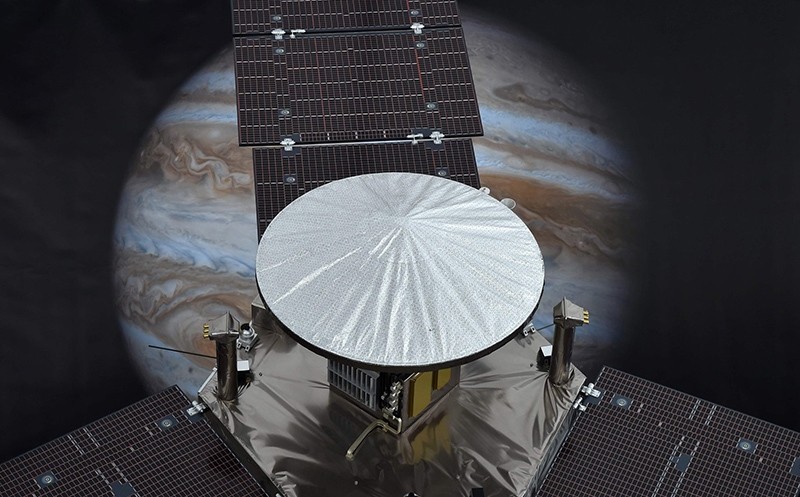 Now that the Juno spacecraft is settled in orbit around Jupiter, the real work is about to begin.

Juno will fly closer to Jupiter than any other spacecraft, skipping over cloud tops and peering deep inside to uncover clues about the giant planet's formation. Scientists hope that understanding how Jupiter formed can help explain how Earth and the other planets evolved as well.

"Now the fun begins — the science," mission chief scientist Scott Bolton said after Juno's arrival Monday at the end of a five-year journey.

A look at what's coming up during the $1.1 billion mission:

Juno was bombarded with radiation as it neared Jupiter, the largest planet in the solar system. As a precaution, its camera and science instruments were turned off during the arrival. Engineers will flip them back on this week and perform a complete check of the spacecraft to make sure everything is ready to go for the next 20 months.

To enter Jupiter's orbit, Juno fired its rocket motor, putting it on a long, looping path that takes 53 days to complete. In late August, the spacecraft swings back around Jupiter for its first close-in view. But Juno eventually needs to swoop in closer to do its job. The mission kicks into high gear in October when Juno fires its engine again to tighten its orbit. Then every two weeks, the spacecraft will skim Jupiter's clouds to peek into its stormy atmosphere.

Juno made a discovery even before reaching its destination. As Juno zeroed in on Jupiter, its camera captured the massive planet appearing half-lit surrounded by its four main moons. NASA stitched the images together and created a time-lapse video showing the moons in action.

There was a surprise: Jupiter's second-largest moon, Callisto, appeared dimmer than scientists imagined. "We don't know why," said Bolton of the Southwest Research Institute in Texas.

Previous missions to Jupiter have revealed stunning views of the planet's thick clouds and vivid auroras. Scientists are expecting the best photos and information yet from Juno.

"We get our first up and close personal look at Jupiter with all our eyes and ears open" later this summer, Bolton said.

The spacecraft carries nine instruments to map the planet. It will measure how much water is in Jupiter's atmosphere. This will shed light on where in the solar system Jupiter formed. It will also probe Jupiter's gravity and magnetic fields to determine what kind of core it has and what makes the northern and southern lights so intense. Juno will also study how deep the trademark Great Red Spot goes and why the centuries-old storm has shrunk in recent years.

When Juno finishes its job, it will intentionally plunge into Jupiter's atmosphere and burn up. Galileo, the first spacecraft to orbit Jupiter, met the same fate after a 14-year mission. This fiery end expected in 2018 prevents any chance of accidentally crashing into Jupiter's moons, particularly Europa, considered a prime target in the hunt for microbial life in the solar system.