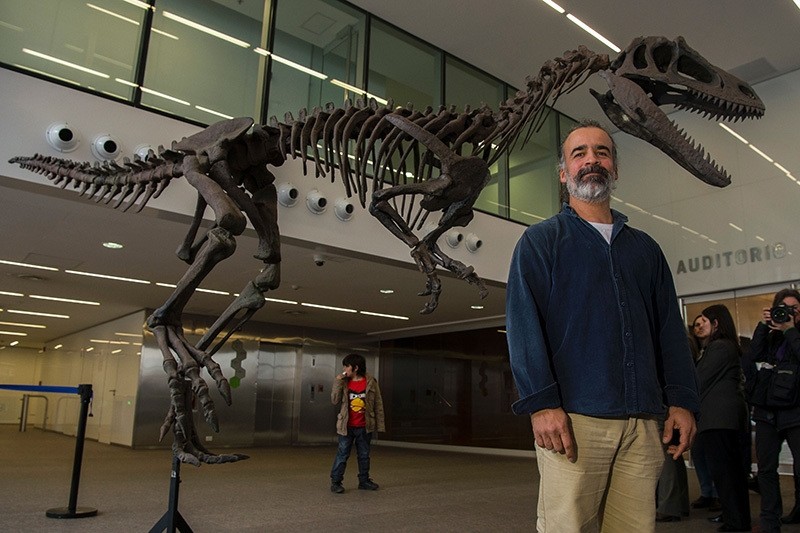 A new species of dinosaur named Gualicho shinyae was discovered on Thursday in rural Argentina.

The dinosaur is aptly named after the local word for 'curse,' due to a number of misfortunes experienced by archeologists during the excavation.

The distinctive name, shinyae was given to honor discoverer Akiko Shinya.

Underscoring the difficulties of the digging process, Sebastian Apesteguia, co-author of a study conducted on the dinosaur, said that of all dinosaurs he's worked on recently, this was by far the most difficult one.

The group of scientists that took part in the excavation reportedly had all sorts of bad luck, including bureaucratic inconveniences and a severe truck accident.

The Gualicho weighs about 450 kilograms and has a pair of short arms with two fingered claws on each, similar to the Tyrannosaurs Rex. Even though the Gualicho and the T. Rex have similarities, they are from different ancestors.

Study co-author Peter Makovicky, Associate Curator of Paleontology at the Field Museum in Chicago, explained that the Gualicho has features of different kinds of theropods.

"It's really unusual - it's different from the other carnivorous dinosaurs found in the same rock formation, and it doesn't fit neatly into any category," he said. 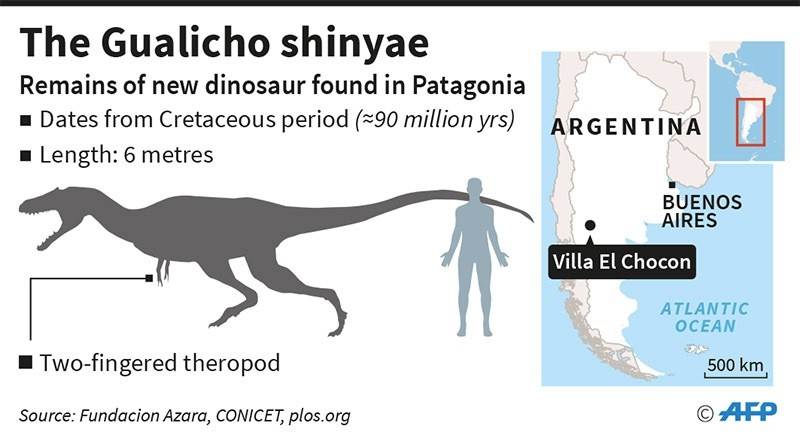