Scientists in US discover new form of fire 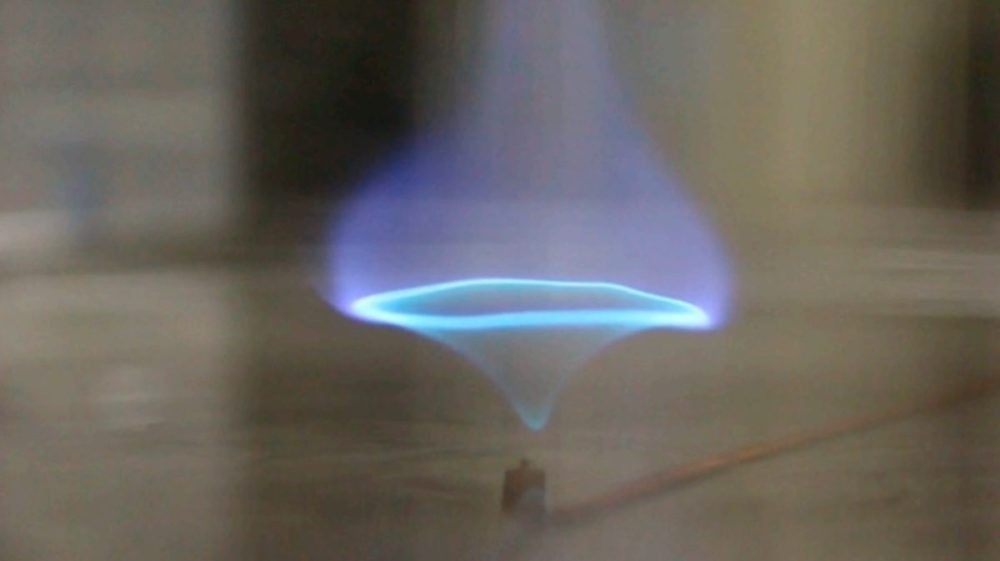 by Anadolu Agency Aug 11, 2016 12:00 am
Scientists published a study Tuesday detailing the discovery of a new type of fire - a blazing, whirling tornado, colored blue, which researchers believe will help clean up future oil spills.

When encountered in nature, fire tornadoes, or "fire whirls," are terrifying and destructive, especially in urban areas or forests. The fire created by the scientists, working at the University of Maryland, is far more controlled. The blue flame burns cleaner and more efficiently than yellower fire whirls, too. Scientists hope the "blue whirls," as they call their discovery, could be used as an environmentally friendly approach to cleaning up oil spills.

"The growing worldwide demand to reduce emissions from combustion calls for development of alternative technologies for high-efficiency and low-emission combustion," the researchers note in the study's abstract. "Whereas fire whirls are known for their intense and disastrous threat to life and surrounding environments, their swirl properties and thus higher combustion efficiency imply an unexploited potential for highly efficient, low-emission combustion."

This study is the first time fire whirls have been investigated for their practical applications.

"A fire tornado has long been seen as this incredibly scary, destructive thing," Michael Gollner, co-author of the study, said in a statement. "But, like electricity, can you harness it for good? If we can understand it, then maybe we can control and use it."

Currently, oil spills at sea can be burned off if the crude oil can be gathered at the surface and pushed into a thick layer. However, simply burning this layer produces plumes of toxic smoke and fails to completely remove all of the oil. Researchers believe blue whirls could be used to burn through oil spills far more efficiently.

The research was published Tuesday in the journal Proceedings of the National Academy of Sciences.
RELATED TOPICS