Watch out for the largest, brightest supermoon of the 21st century on Nov. 14 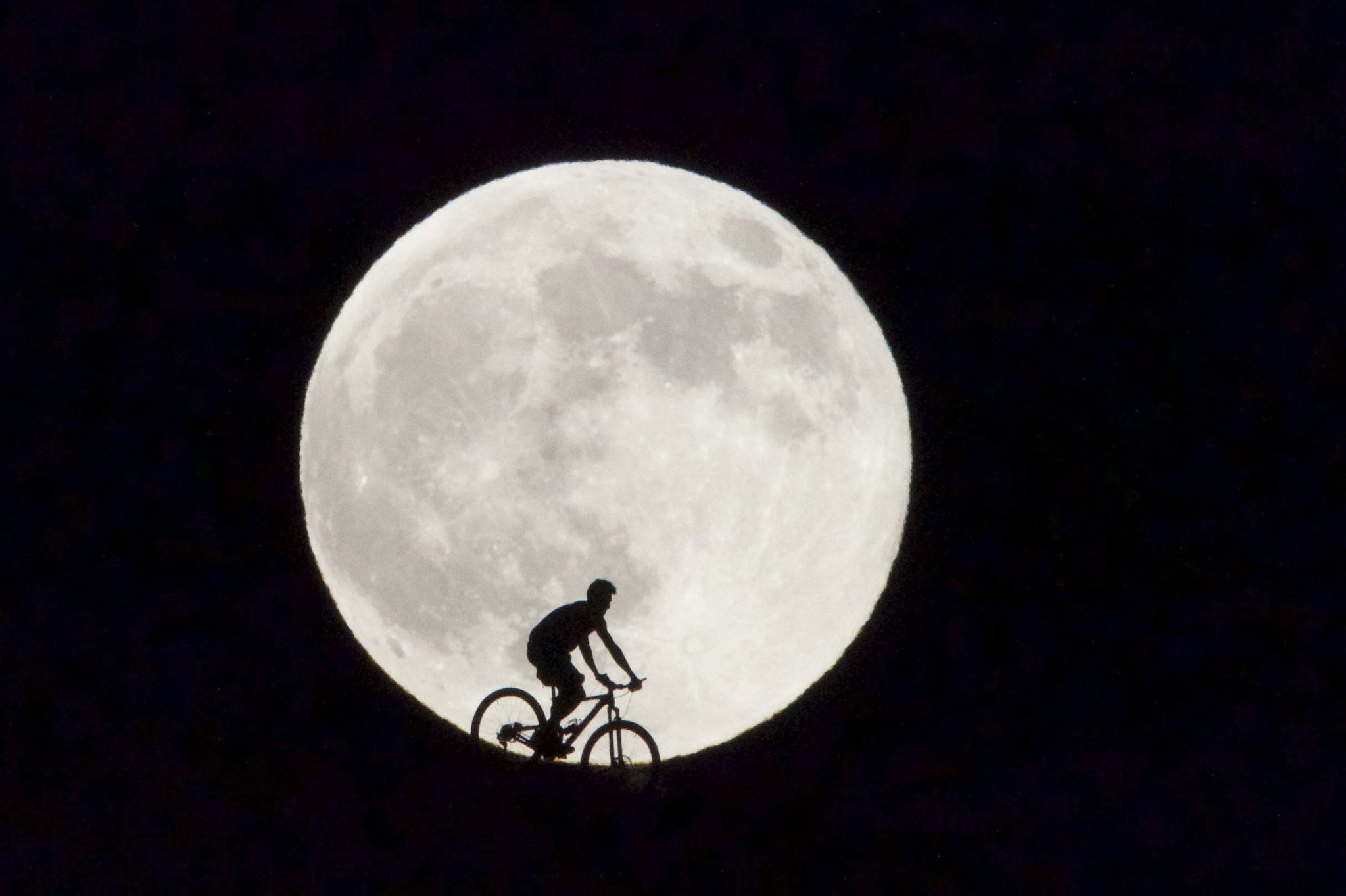 An unusually large and bright Moon will adorn the night sky next Monday - the closest "supermoon" to Earth in 68 years and a chance for dramatic photos and spectacular surf.

Weather permitting, the phenomenon should appear at its most impressive at 1352 GMT, when it will be at its fullest just as night falls over Asia, astronomers said.

Provided there are no clouds and not too much light pollution, people should be able to see Earth's satellite loom unusually large over the horizon shortly after sunset, irrespective of where in the world they are.

This happens when the Moon is full at the same time as, or very near, perigee - its closest point to Earth on an elliptical, monthly orbit.

"On November 14, it becomes full within about two hours of perigee - arguably making it an extra-super Moon," NASA says on its website.

The orbit itself is changeable, meaning the distance from Earth differs from perigee to perigee -- this time it will be the closest since 1948 at a distance of 356,509 kilometres (221,524 miles).

On Monday, the full Moon's relative proximity should make it appear about 14 percent bigger and 30 percent brighter than at its furthest orbit point, according to the Irish Astronomical Association (IAA).

"Because the Earth/Moon system will be getting quite close to the time of year when it is closest to the Sun (January 4, 2017), the Moon will be receiving more sunlight than average, also boosting its apparent brightness."

Furthermore, the Moon's position in the sky will mean its southern hemisphere, the brighter of the two, will be turned towards Earth, said the IAA.

Without foreknowledge, one might barely notice that the Moon appears brighter than usual, astronomers say. Once it is high in the sky, it would be hard to tell that the Moon is larger.

But on the horizon, it could be quite spectacular.

"When you look at the Moon when it's rising, there is this optical illusion where it looks bigger," astronomer Mark Bailey, emeritus director of the Armagh Observatory in Northern Ireland, told AFP.

Lying low, as a backdrop to trees or buildings for context, our satellite appears larger to the human eye despite being the same size the whole night.

Supermoons are actually quite common - there is one every 14 months on average.

"But some supermoons are more super than others," said Pascal Descamps of the Paris Observatory - the closer the Earth the more so.

"If you want to try to image it, choose a location where you'll get some nice terrestrial feature in the foreground: a well-known landmark such as a tower or a spire will provide a nice comparison, particularly if you stay back a bit and use a zoom or telephoto lens which will magnify both objects," added the IAA.

The supermoon will also mean a stronger high tide, something that gets surfers giddy with excitement, not only at the prospect of riding bigger waves, but doing so at night.

The next comparable event will be in 2034, when the Moon will come even closer, by 64km, to Earth.