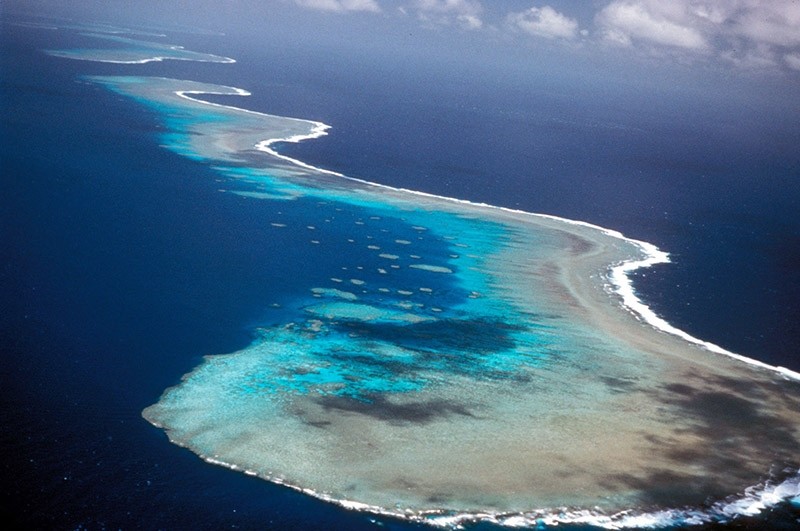 A massive underwater landslide that could have triggered a towering tsunami some 300,000 years ago has been discovered in the depths of Australia's Great Barrier Reef, scientists said Wednesday.

The ancient landslide, likely caused by a strong earthquake that could have generated a tsunami wave 27 meters (90 feet) high, was discovered unexpectedly by researchers conducting three-dimensional mapping of the seafloor around the world's biggest reef.

Scientists had already located eight undersea hills "in the middle of nowhere" and found the crater while piecing together the contours of the nearby territory, said Robin Beaman of James Cook University, one of the co-authors of a study published in the Marine Geology journal. 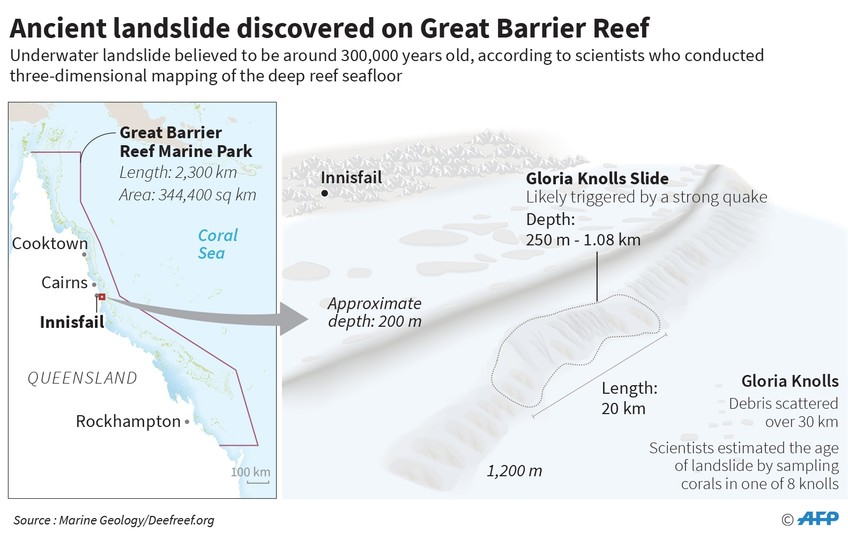 "There's this huge chunk taken out of the continental slope... about 20 kilometers long has collapsed and about eight kilometers deep, so an indent on that sort of scale," he told AFP.

The landslide, which was discovered some 75 kilometers (45 miles) off the Queensland state coast, was 32 cubic kilometers or "about 30 times the size of Uluru".

Uluru, also known as Ayers Rock, is a giant red monolith that rises 348 meters above the Australian desert.

Scientists estimated the age of the landslide by sampling cold-water corals on one of the hills, also called knolls, at a depth of 1.17 kilometers. The oldest fossil corals were about 302,000 years.

While such a large undersea landslide could have triggered a major tsunami, Beaman said the reef would have acted as a breakwater to reduce its impact.

"The Barrier Reef itself acts like a porous breakwater. It's very effective in dampening ocean swells," Beaman said.

The Great Barrier Reef is one of Australia's best known natural wonders and stretches more than 2,300 kilometers along the northeastern coast.

But while much of the seafloor has been mapped in 3D, the reef's vast size means that its deeper parts have barely been explored.

Scientists next hope to get a better understanding of the biology of the reef in these deep locations.

They were thriving in pitch-black conditions in water temperatures of about four degrees Celsius (39.2 Fahrenheit).

"The biology we still know very little about... we have some understanding of what's living on these knolls, but what about the other parts of the deep Great Barrier Reef?" Beaman said.

"What's living in submarine canyons and the like? For me, that's the next exciting chapter."