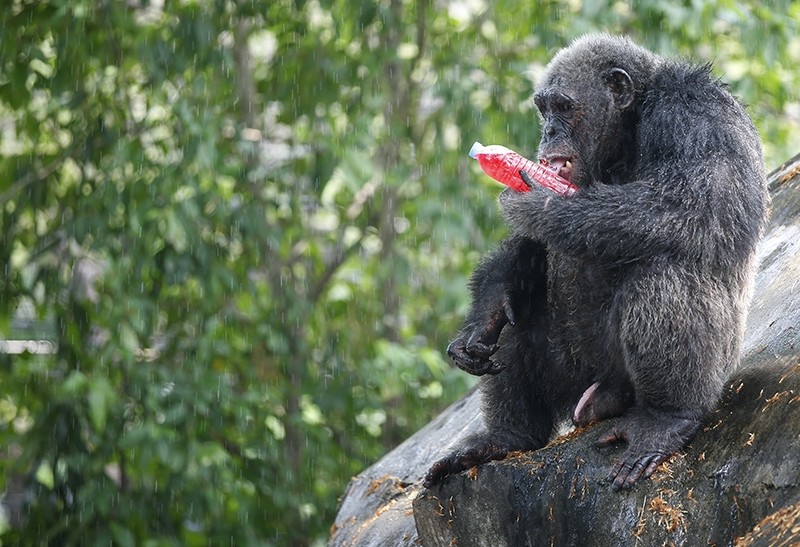 Orangutans, chimpanzees and bonobos are the nearest relatives of humans in the primate world, and like us, they can tell when a person is wrong in their beliefs, researchers said Wednesday.

Great apes were also willing to help a person who was mistaken about the location of an object, according to the study in the journal PLOS ONE.

"This study shows for the first time that great apes can use an understanding of false beliefs to help others appropriately," said by David Buttelmann from Max Planck Institute for Evolutionary Anthropology, Germany.

Researchers used a test developed for human babies, about 18 months of age, to determine if they could understand when a person held a false belief -- a mark of advanced social cognition.

A person would place an object on one of two boxes, while a great ape looked on.

For some of the tests, the original person would step away, while another person took the object out of the box and put it into another box.

When the original person came back, they tried to open the first box, where they believed the object to be, not realizing it had been moved.

This was known as the "false-belief" portion of the study. For other parts, the person stayed in the room and could see when the object was moved.

A total of 34 great apes -- chimpanzees, bonobos and orangutans -- took part in the research at the Leipzig Zoo in Germany.

In the false belief portion, the apes chose the correct box significantly more often than chance.

Researchers also discovered that great apes, like human infants, "were more likely to help the person find the object when he had a false belief about which box the object was in," said the report.

Until now, researchers believed great apes did not have this capacity to understand the intent of people, or to "read minds," so to speak.

"Apes are able to use this understanding in their social interactions," concluded the study.

"If supported by further research, the apparent difference between great ape and human social cognition would thus lie not in their basic capacity to 'read' other minds, but elsewhere."