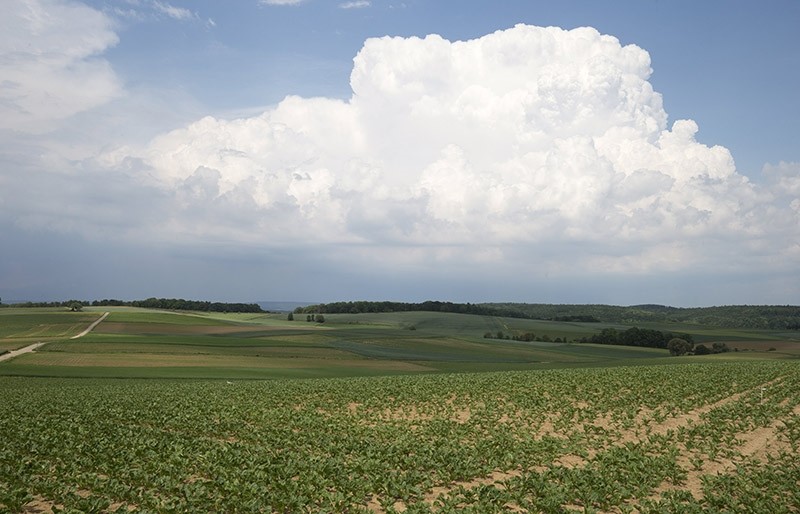 A high-flying science experiment may color the skies above the U.S. mid-Atlantic coast with bluish green and red clouds on Sunday evening, as NASA seeks to learn more about charged particles at the top of Earth's atmosphere.

A small rocket carrying 10 canisters of barium and other chemicals is due to lift off from Wallops Island, Virginia between 9:04 and 9:19 p.m. EDT.

About five minutes after launch the canisters, which are about the size of soda cans, will release blue-green and red vapors that will gather into artificial clouds potentially visible from New York to North Carolina.

The luminescent colors are due to sunlight interacting with the chemicals barium, strontium and cupric-oxide, the U.S. National Aeronautics and Space Administration said on its website.

Although the flight will last about eight minutes, the colorful clouds could linger for 20 minutes, depending on atmospheric conditions.

NASA ground stations at Wallops Island and Duck, N.C., will track the clouds so scientists can learn more Earth's ionosphere, a layer at the top of the atmosphere of charged particles that shoot out into space, creating effects including auroral displays over the planet's polar regions.

Scientists want to learn more about how the ionosphere interacts with other layers of the atmosphere.

"The ionosphere is both shaped by waves from the atmosphere below and uniquely responsive to the changing conditions in space," NASA said.

Sunday's launch will be delayed if skies are not clear over at least one of the tracking sites, NASA said. The launch could be rescheduled for any time between this week and June 18.