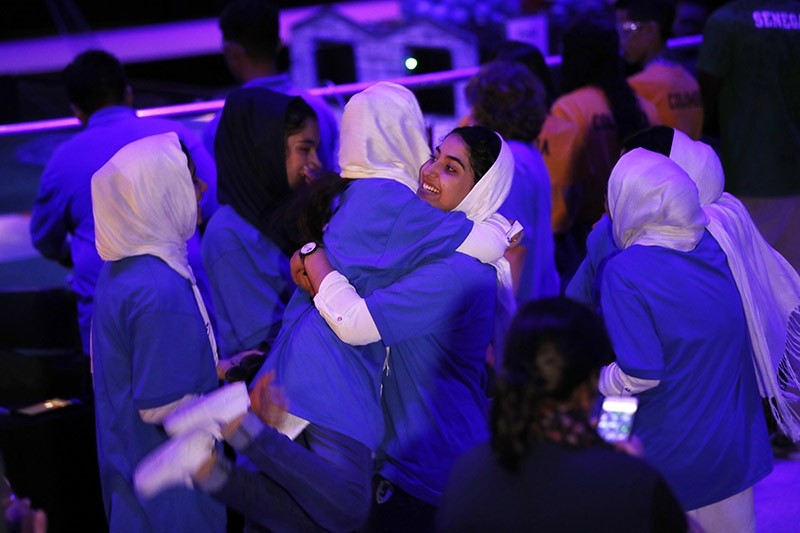 Lida Azizi, center, picks up a teammate with Team Afghanistan in the air as they celebrate after competing in the FIRST Global Robotics Challenge, Tuesday, July 18, 2017, in Washington, D.C. (AP Photo)
by Associated Press
Jul 19, 2017 12:00 am

Teams left with medals in a variety of categories at an international robotics competition in Washington that attracted teams of teenagers from more than 150 nations.

The team that drew the most attention at the FIRST Global Challenge, which ended Tuesday, was a squad of girls from Afghanistan who were twice rejected for U.S. visas before President Donald Trump intervened.

The team won a silver medal for "courageous achievement." The award recognized teams that exhibited a "can-do" attitude even under difficult circumstances or when things didn't go as planned. The gold medal in that category went to the South Sudan team and bronze to the Oman team, whose students are deaf.

The Afghanistan team were only able to receive their visas at U.S. Embassy in Kabul on Thursday.