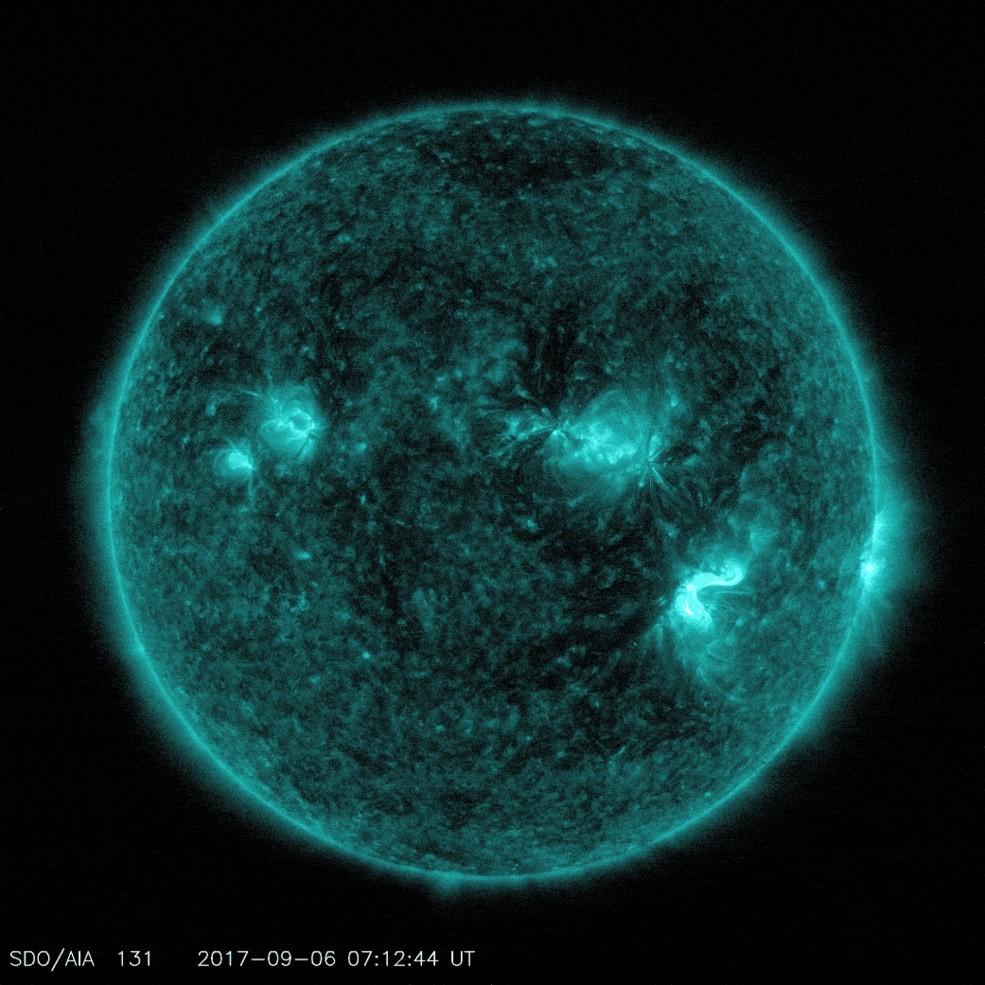 Two high-intensity solar flares were emitted Wednesday, the second of which was the most intense recorded since the start of this sun cycle in December 2008, the National Aeronautics and Space Administration (NASA) said.

These radiation flares, which can disrupt communications satellites, GPS and power grids by reaching the upper Earth atmosphere, were detected and captured by the U.S. Space Agency's Solar Dynamics Observatory.

This morning, the Sun released the most powerful solar flare recorded since 2008. Here's what our satellite saw: https://t.co/mk2540AdtV pic.twitter.com/7hVektV682

According to the Space Weather Prediction Center (SWPC), these so-called category X eruptions disrupted high-frequency radio communications for one hour on the Earth's side facing the sun and low-frequency communications used in navigation.

The two eruptions occurred in an active region of the sun named AR 2673, where an eruption of average intensity occurred on September 4.

The current cycle of the sun, which began in December 2008, saw the intensity of solar activity decline sharply, opening the way to the "solar minimum."

Solar cycles last on average eleven years. At the end of the active phase, these eruptions become increasingly rare but still can be powerful.

Solar storms result from an accumulation of magnetic energy in some places.

These jets of ionized matter are projected -- at high speed into and beyond the crown of the sun -- hundreds of thousands of kilometers outward.

The mass beachings of sperm whales in countries around the North Sea last year could have been due to solar storms, German scientists have said.

Twenty-nine sperm whales washed up on German, Dutch, French and British shores between January and February 2016, surprising scientists after only 82 previous beaching of sperm whales had been documented since the 1990s.

Klaus Heinrich Vanselow, a marine biology expert at the University of Kiel in Germany, studied the connection between whale strandings and two major solar storms that took place at the end of December 2015.

The solar storms which create the Northern Lights phenomenon could also have caused the world's magnetic field to shift by up to 460km (286 miles) which, he said, would interfere with the whales' sense of orientation.

That could explain why the whales swam into the relatively shallow North Sea rather than follow their traditional routes in the Atlantic where they would find it easier to correct their direction.

"If whales enter the North Sea they cannot navigate back as it's an unnatural environment for them and very shallow, whilst if they were in the Atlantic then they could," Vanselow told Reuters.

In research published last month in the International Journal of Astrobiology, Vanselow and his colleagues argued that the whales would have been unprepared for misleading signals from magnetic shifts because they spend their early years in areas where solar disruptions are weak, such as the waters around the Azores islands in the Eastern Atlantic.

Vanselow said he was aware of 34 theories which seek to explain why whales beach and he plans to carry out further research into the possible link to solar storms and Earth's magnetic field.