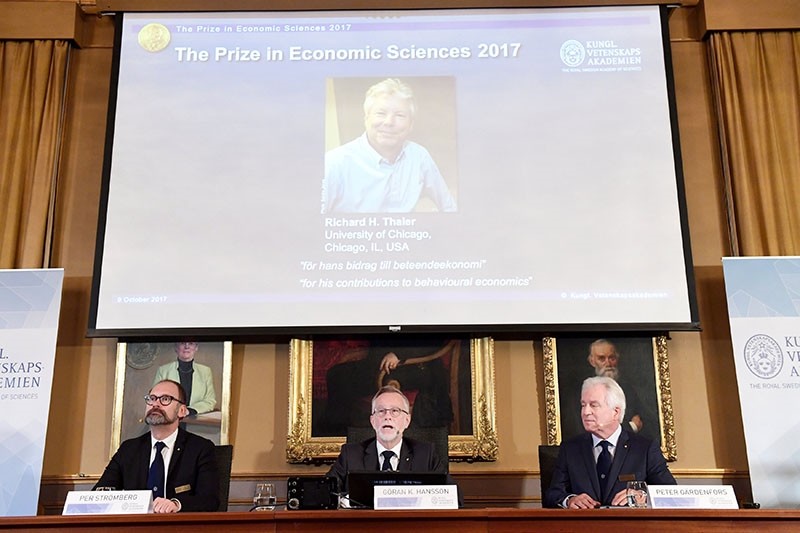 The Nobel economics prize has been awarded to Richard Thaler of the University of Chicago for his contributions to behavioral economics.

The 9-million-kronor ($1.1-million) prize was awarded to the academic for his "understanding the psychology of economics," Swedish Academy of Sciences secretary Goeran Hansson said Monday.

Thaler, 72, "is a pioneer in behavioral economics, a research field in which insights from psychological research are applied to economic decision making," a background paper from the academy said. That "incorporates more realistic analysis of how people think and behave when making economic decisions," it said.

The economics prize is something of an outlier — Alfred Nobel's will didn't call for its establishment and it honors a science that many doubt is a science at all.

The Sveriges Riksbank (Swedish National Bank) Prize in Economic Sciences in Memory of Alfred Nobel was first awarded in 1969, nearly seven decades after the series of prestigious prizes that Nobel called for. Despite its provenance and carefully laborious name, it is broadly considered an equal to the other Nobel and the winner attends the famed presentation banquet.