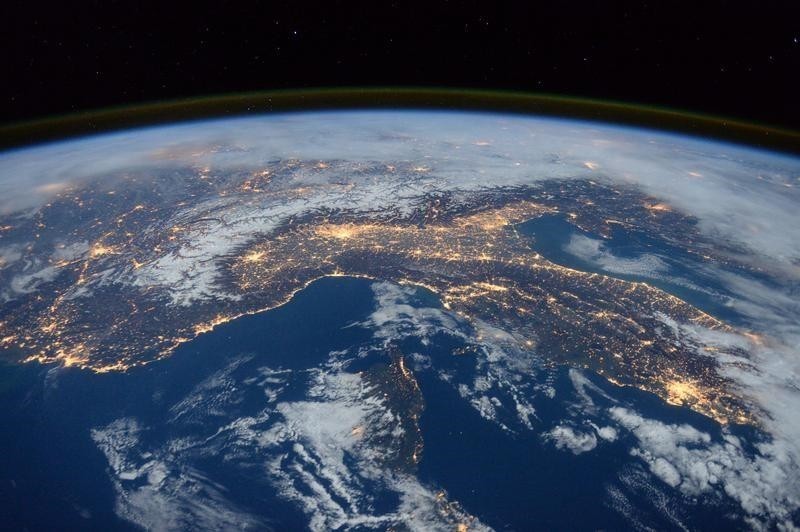 A photo taken by Expedition 46 flight engineer Tim Peake of the European Space Agency (ESA) aboard the International Space Station (Reuters File Photo)
by Oct 11, 2017 12:00 am

Europe is set to launch a satellite Friday dedicated to monitoring Earth's atmosphere, the protective layer that shields the planet from the sun's radiation, the European Space Agency said.

It will contribute to warnings about eruptions of volcanic ash that can threaten aviation safety, and high levels of air pollution or skin-damaging UV radiation, the agency said.

"In addition, the measurements will improve our knowledge of important processes in the atmosphere related to the climate and to the formation of holes in the ozone layer," it said.

The satellite has a special instrument to map concentrations of gases that affect the air we breathe and the climate.

Launch is set for 0927 GMT Friday from the Plesetsk Cosmodrome in northern Russia, and a final rehearsal was successfully concluded Tuesday, the ESA said.

This will be the sixth satellite to join the Copernicus constellation. Others, launched since April 2014, monitor forest cover, and land and water pollution.

The program is named for the 16th-century Polish astronomer who determined that the Earth orbited the sun, and not the other way round as convention had it at the time.