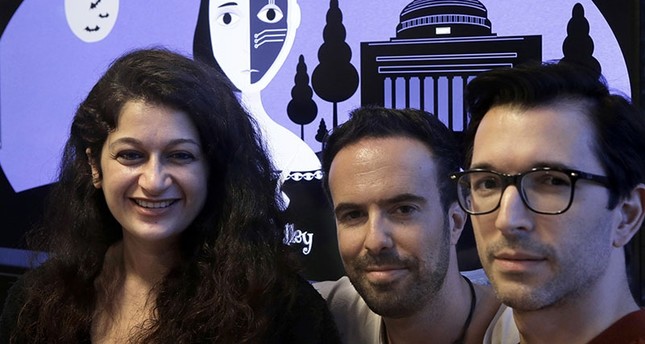 Just in time for Halloween, Massachusetts Institute of Technology (MIT) researchers brought to life a new horror fiction-writing bot programmed to generate its own chilling stories.

The robot Shelley, named after "Frankenstein" author Mary Shelley, has its own Twitter account, @shelley_ai, where it posts the opening lines of horror stories every hour. It then responds to human collaborators who comment to continue the tale.

To train the bot's artificial neural network, researchers at MIT gave Shelley a crash course in the horror genre, forcing it to read 140,000 stories published by amateur writers on a popular online forum.

The bot's creators say they are exploring the capacity of machines to learn to scare humans, according to the MIT website.

The experiment's results are weird, if not all that scary.

The post-doctoral associate behind the bot is Turkish Istanbulite Pınar Yanardağ, a graduate of Boğaziçi University and Purdue University. She now works at the MIT media lab, alongside teammates Manual Cebrian and Iyad Rahwan.

Share on Facebook Share on Twitter
Previous in Science Following last year's expedition, Turkish scientists are returning... Next in Science Researchers have pinpointed the date of the first solar eclipse ever...
DAILY SABAH RECOMMENDS