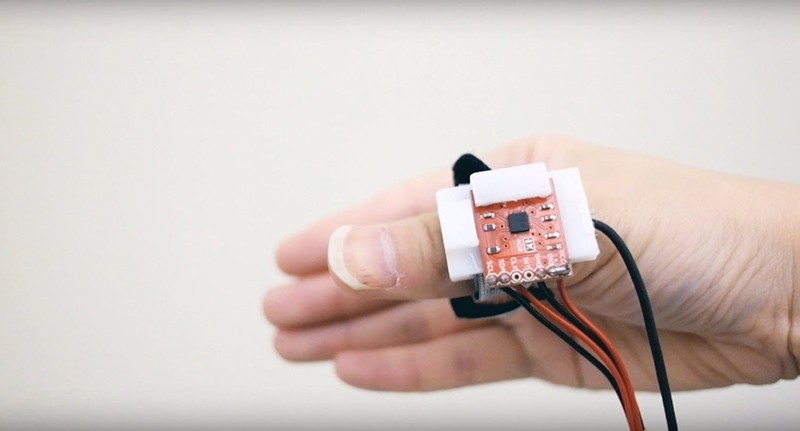 Researchers at the Georgia Institute of Technology, also known as Georgia Tech, developed a ring that lets users interact with smart devices without any eye contact.

The 'Fingersound' uses a built-in gyroscope and microphone to recognize thumb gestures for data input. Thus, users only have to trace letters or numbers on their fingers with their thumb and input text or use gestures to perform certain operations on a smartwatch, smartphone or computer.

The device uses both movements and sounds to identify gestures as it improves the accuracy compared to a system that only uses movements.

"For instance, to a gyroscope, random finger movements during walking may look very similar to the thumb gestures. But based on our investigation, the sounds caused by these daily activities are quite different from each other," Cheng Zhang, graduate student who created the technology, said.

The researchers believe the Fingersound could be particularly useful in everyday use.

"When a person grabs their phone during a meeting, even if trying to silence it, the gesture can infringe on the conversation or be distracting," project leader Thad Starner said.

Starner added that writing an 'X' on the hand under table could, for instance, send a call to voicemail without much distraction.

During its development, the researchers had also tried to make the device as plain and comfortable as possible, which is why it was designed in the shape of a wearable ring.

"A ring augments the fingers in a way that is fairly non-obstructive during daily activities. A ring is also socially acceptable, unlike other wearable input devices," Zhang said.