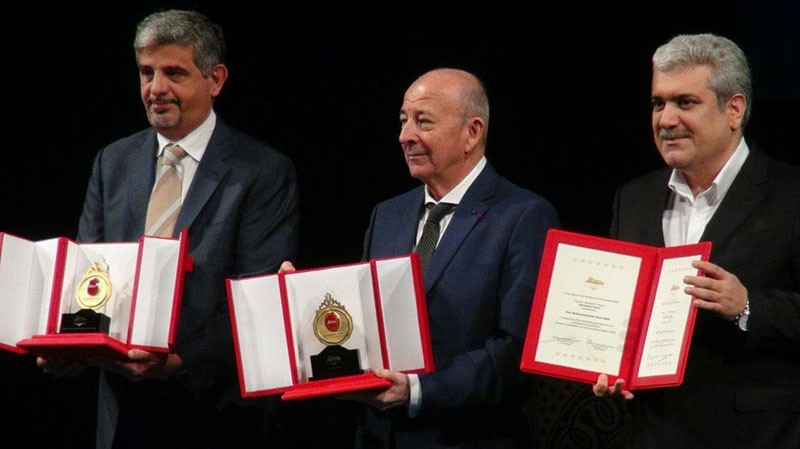 The science and technology award, handed out for the second time this year, is given to Muslim researchers and scientists regardless of whether they live in Muslim-majority nations or elsewhere, as well as non-Muslim scientists in Muslim countries.

According to a statement, Iran's vice president in charge of scientific affairs, Sourena Sattari, said on Sunday that Gelenbe and Shokrollahi are being honored for their achievements in systems assessment in model-making and computer coding.

72-year-old Gelenbe, who also holds French citizenship, is a member of Turkish Academy of Sciences (TÜBA). Prof. Gelenbe has been selected this year for "his pioneering research on "Modeling and Performance Evaluation of Computer Systems," Mustafa Prize website said. "He invented the random neural network and the eponymous G-networks or Gelenbe Networks as a model for queueing systems," it added.

Throughout his academic career, Prof. Gelenbe had worked in Belgium, France and the U.S., and currently holds the Dennis Gabor Chair at the Imperial College London.

Whereas Shokrollahi has been selected for "his outstanding work on Communications: Raptor Codes. The world's most advanced forward error correction (FEC) code for data networks, Raptor codes invented by Shokrollahi in 2001, provide protection against packet loss by sending additional repair data used to reconstruct "erased" or "lost" data," the prize website said.

Along with medals and certificates to be distributed in an award ceremony in Tehran with 90 scientists from 30 countries attending, each winner gets $500,000.