Wrecked Chinese space laboratory may not hit Turkey after all, Aerospace calculations show 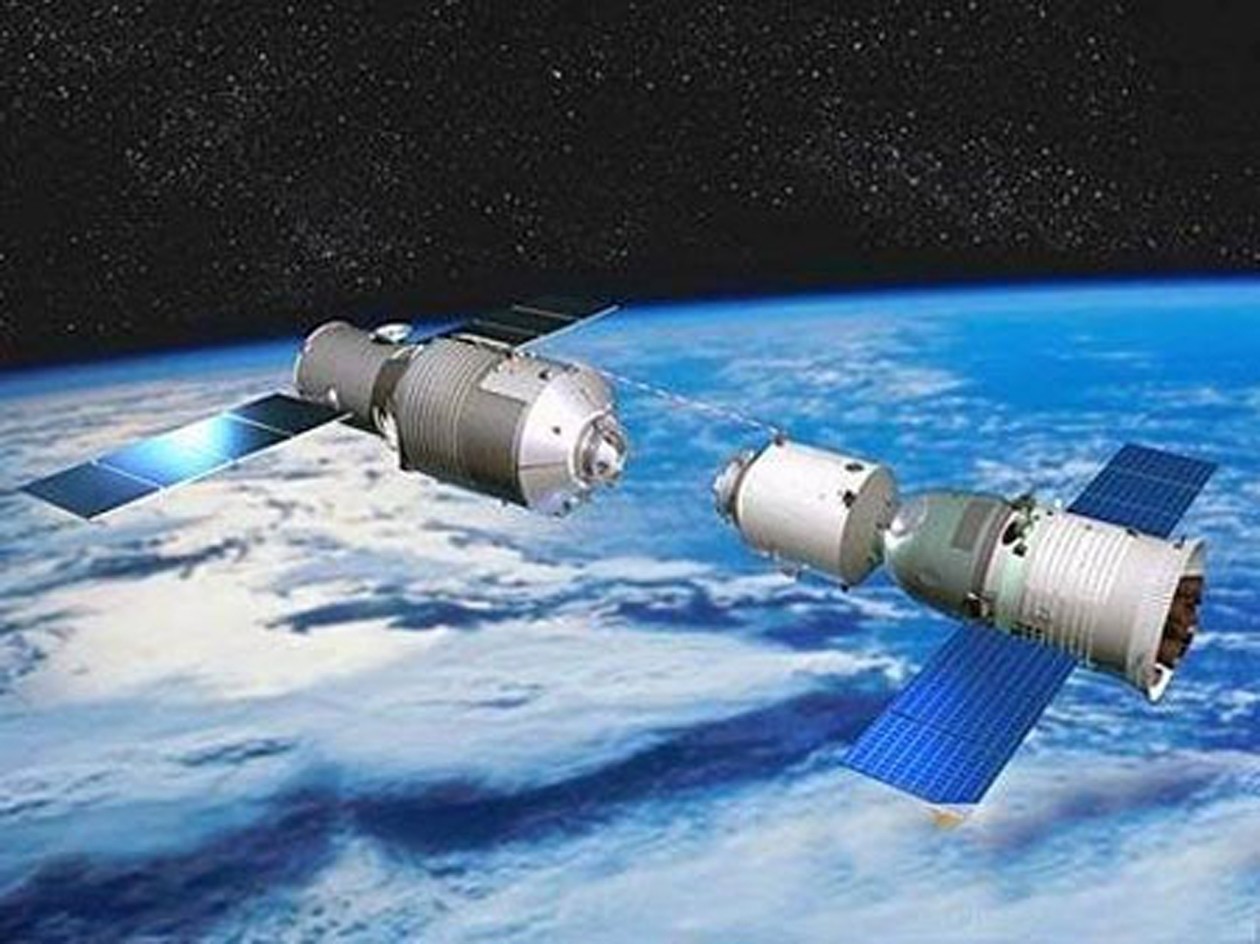 The module (artist's depiction) consists of three sections: the aft service module, a transition section and the habitable orbital module. (REUTERS Photo)
by Daily Sabah with Wires Jan 03, 2018 12:00 am

An 8.5-ton Chinese space station is hurtling toward Planet Earth and is expected to hit us within the next few months. Researchers so far haven't been able to pinpoint exactly when and where this event will take place but have made new calculations which may be of concern to a rather large area.

Parts of the wrecked space laboratory "Tiangong 1," over which China lost control in 2016, are likely to collide with planet Earth in 2018, with Turkey among its possible targets, according to space experts. However, newest calculations are now proving otherwise.

Researchers at the Aerospace Corporation, a space research nonprofit based in California, now predict that Tiangong 1 will enter Earth's atmosphere around March 2018 within the latitudes of 43° N and 43° S, which includes countries such as the U.S., Brazil and China itself, marking Turkey as safe.

Previous studies had put Turkey, Spain and Italy on a list of possible countries in the firing line of Tiangong 1, causing some concern.

Although the area of the new coordinates is mostly covered by oceans, scientists say it is highly probable that the bigger parts of the station could come crashing down on land.

It emerged in August 2016 that China could no longer steer the vessel, nicknamed the "Heavenly Palace," and that after six years in space and numerous experiments it would crash down to Earth uncontrolled.

According to Chinese space authorities, the laboratory is circling the planet with an orbit that is constantly decreasing in size. It will begin its uncontrolled descent in March 2018, although Australian space analyst Morris Jones says such calculations are "not an exact science."

The Tiangong 1 is currently orbiting at an average height of 287 km which is about 100 km lower than it was in September 2016, the latest available trajectory data showed.

Even though most of it will turn to ash while passing through Earth's atmosphere, scientists expect 10 to 40 percent of the space lab to hit Earth.

"Most of Tiangong will burn up in the atmosphere, but some large parts, such as fuel tanks, could reach the surface of the Earth," Jones told dpa.

"There will be a large fireball in the sky. Some observers on the ground could possibly see it."

However, Jones did not say there were grounds for major concern.

"The risk to human life is fairly small, but it is not zero. Property is more likely to be damaged ... But this is still a low probability event."

However, the Aerospace Corp. also warned that we may have bigger things to worry about: toxic and corrosive chemical substances that will land with the wrecked space station.

The station is thought to be packed with hydrazine, which is used in rocket fuel, potentially threatening human life. Long-term exposure to the chemical is believed to cause cancer.

"Potentially, there may be a highly toxic and corrosive substance called hydrazine on board the spacecraft that could survive re-entry. For your safety, do not touch any debris you may find on the ground nor inhale vapors it may emit," a spokesman from Aerospace said.

It certainly isn't the first time that space junk was set to collide with Earth. In 1991, the largest ever fragment of a space vessel, from the Soviet Union's "Salyut 7," fell on Argentina. No one was injured.

Should "Tiangong 1" cause damage to life or property, U.S. space expert Leonard Davis told dpa that China will be held accountable.