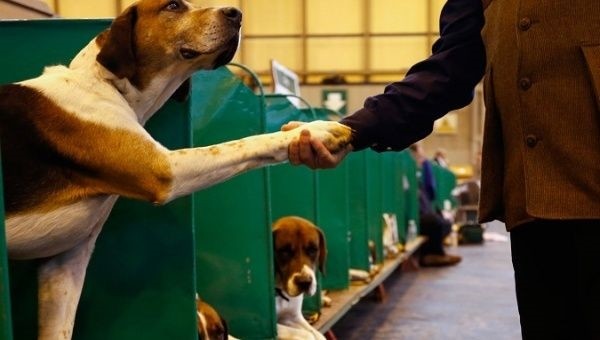 Researchers are working on a device that may be used as a pet language translator, which may enable humans to understand animals and communicate with them.

Scientists are in the process of figuring out how to translate vocalizations and facial expressions of animals into something that humans can understand by using artificial intelligence, reports said Wednesday.

A researcher working on the device said that the new device may allow pets and their owners to converse with each other using a pet translator in less than 10 years.

Animal behavior expert Con Slobodchikoff, from Northern Arizona University, has studied the behaviors of dogs engaged in growling, barking and howling and used artificial intelligence to understand how these animals communicate.

The researchers have been studying prairie dogs for 30 years, reports said, adding that they have found that the animals have their own language systems that convey complicated instructions and commands.

Slobodchikoff, who works with computer scientists, developed an algorithm that converts the prairie dog's vocalizations into English.

"My ultimate goal is to create a device that humans can pinpoint at a dog to translate barks and woofs into English words. If this becomes possible, humans will be able to know exactly what their pets want and would be more capable of dealing with animals in the future," he added.