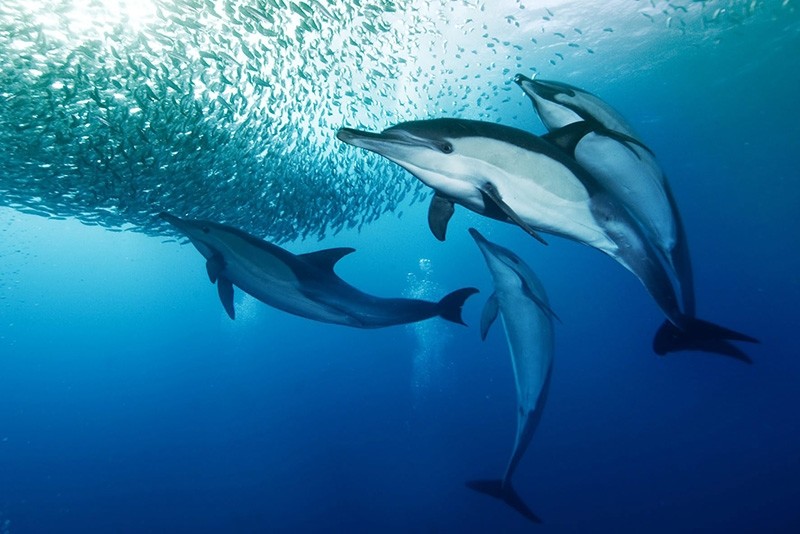 Dolphins, known to be incredibly intelligent, have their own complex "language" of seven distinct tones, biologists found using an algorithm that categorized the mammals' communications.

For many years, marine biologists have recorded and trying to decode the sounds, clicks, whistles and squeaks that different types of dolphins utter among themselves.

But, they have had a hard time sorting out the sounds' meanings, not only because of their complexity, but also because the tones are difficult for the human ear to distinguish.

Recently, scientists have turned to computers for help deciphering the dolphin code, with a newly-developed algorithm that can analyze different speeds and pitches.

Researchers recorded 52 million click noises from various types of dolphin interaction, from the Gulf of Mexico to the Pacific, for the program to assess.

The advanced algorithm identified seven distinct "clicks" that dolphins in all the regions make, giving new insight into how these mammals communicate between each other.

Previous studies in dolphin communication identified two main communication forms: whistles and clicks. Scientists believe some dolphins have a unique whistle signature, which functions in dolphin communities much like human names. Clicks use echolocation, though the meaning of each sound remains a prominent question for researchers.
Last Update: Jan 22, 2018 12:26 pm
RELATED TOPICS