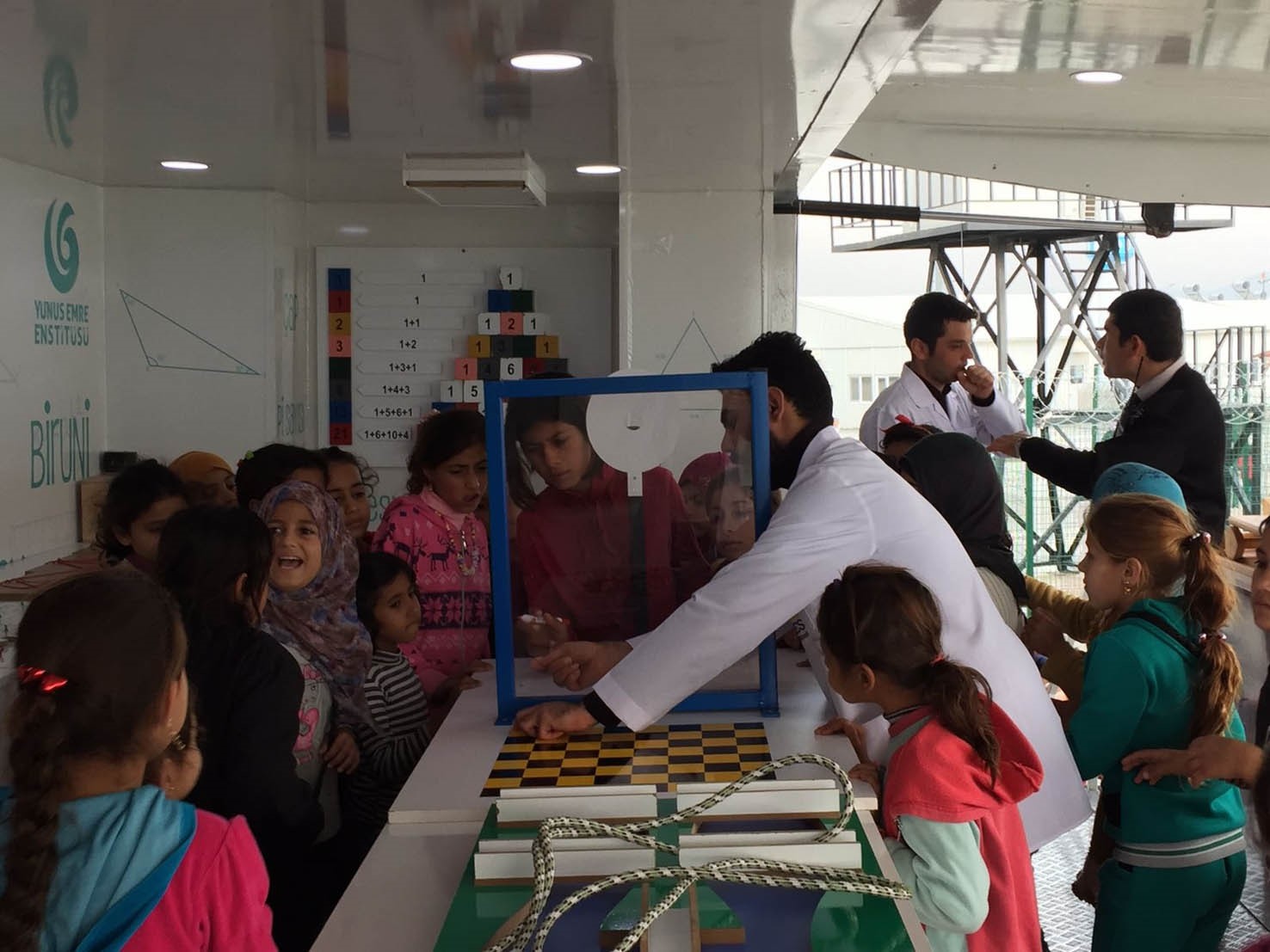 When startled or threatened, bombardier beetles trigger a chemical reaction that results in jet streams of vapor often delivered in powerful pulses toxic enough to kill an attacking insect.
by Daily Sabah Feb 08, 2018 12:00 am

The "Math Museum Truck" has set off to plant the love of science into children as part of Turkey's Scientific and Academic Collaboration Project (TABİP) by Yunus Emre Institute under the auspices of the presidency.

The basic aim of the project, which is conducted together with Başak College, is to teach math, concretizing it, and to prove its functions in daily life. The project will firstly be conducted for the Syrian children who are under protection at temporary refuge centers in Turkey. It is expected that nearly 45,000 children aged between 6 and 18 will be reached with the project.

The mobile museum includes special stations of the Thales Math Museum, which is one of the most extensive math museums in Europe and located in Aydın province.

Children will be introduced to the abstract world of math with 35 special math stations, digital photos presenting an experience with virtual reality and augmented reality and three-dimensional effect arrangement techniques.

The training will be provided by experts in the Math Museum Truck. The truck will make its first stop at the Sarıçan Temporary Refugee Center in Adana and then it will make its way to Osmaniye, Hatay, Gaziantep, Kahramanmaraş, Şanlıurfa, Mardin, Adıyaman, Malatya and Ankara.