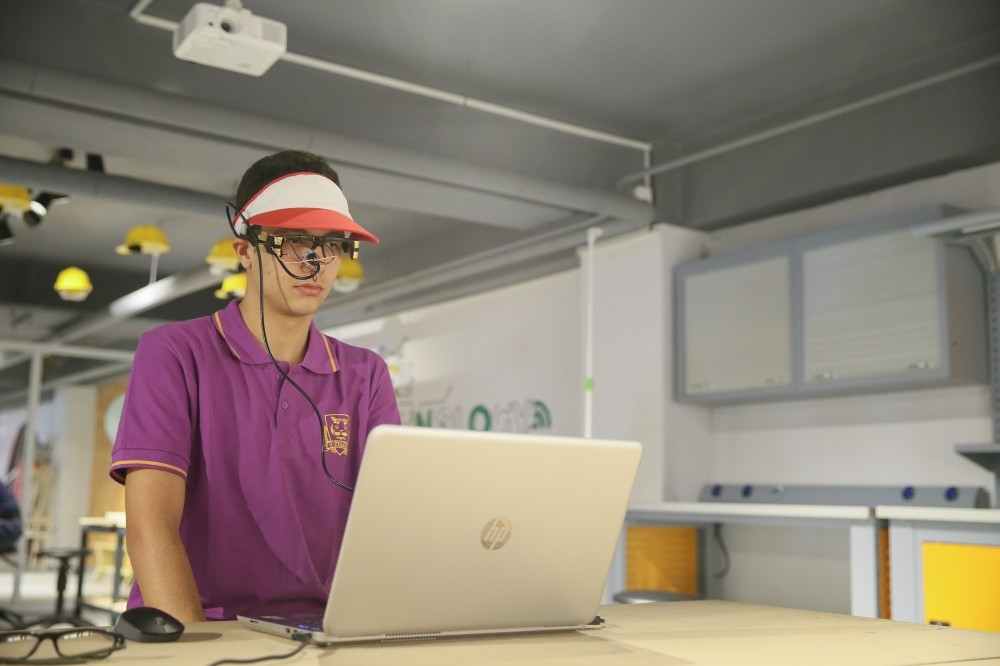 Mehmet Hamza Erol (above), who is an 11th grade student in İzmir, has developed a low-cost project enabling those who cannot use their hands to direct computers with their eyes. Speaking to Anadolu Agency (AA), Erol said he searched for the project competition of the Scientific and Technological Research of Turkey (TÜBİTAK) for two years and decided to conduct works on glasses, which have been developed in some countries to help people who are impaired in their hands and fingers use computers.

He explained that the cheapest glasses of this function are $60 and added he started works to develop software at a much lower cost.

Noting a snake inspection camera is located on the right side of the glasses, Erol continued, "The instant photos of the eye are taken with this camera and sent to the computer through a USB cable. With the software on the computer, it is determined where the mouse will be moved. That is, you can use the computer, moving the mouse with your eyes. This technology can be used by those who cannot use their hands."

Stressing he saw products costing more than $10,000 on the market, Erol reported," It is an expensive technology. I developed such a project, thinking I can produce it cheaper. The cheapest product is $60. They are the devices that take photos below. My product is just TL 44 [$10] with a high accuracy rate."

He mentioned that his project, which came in third at the TÜBİTAK 49th High School Research Projects Ege Region Finals, can be produced because of its low cost.

Orkun Karapostal, who is the director of Erols' school, said his project is very precious and they support it. Karapostal remarked that their students who want to join the national team got an invitation from the scientific festival in Austria.