Future of robots: Is it machines we fear or man?

English physicist-theoretician Stephen Hawking, and Tesla and Space X's founder Elon Musk warned that robots with artificial intelligence have the potential to become the biggest security threat in the future.
by Şule Güner Aug 15, 2018 12:00 am

Robots are evolving faster than ever with artificial intelligence, now there is a large group of people - among them renowned scientists - who believe that robots pose serious dangers for the workforce and security

It is a fact that people are afraid of robots and let's just admit it, the lot of us are scared that they will pose security risks and take over the workforce. The announcements of formidable names of technology - such as English physicist-theoretician Stephen Hawking, and Tesla and Space X's founder Elon Musk - that robots with artificial intelligence have the potential to become the biggest security threat in the future have people worried.

For this reason, prominent names from around the world are holding campaigns to take necessary precautions before robots become a danger. One of the leading movements is a group called "Stop Killer Robots."

Noel Sharkey, who is the most important pillar of this group in the U.K., commented on whether "robots are friendly or hostile."

Sharkey, a professor of robotics and artificial intelligence at the University of Sheffield, does not think that robots and technology that develop together should be completely destroyed. Sharkey's concern is not actually about robots, but about men.

Sharkey says the basic question on his expertise is "how will people use robots and who will be responsible for the actions of the robots?" The term "killer robot" comes from science fiction.

In 1921, the word robot, used for the first time in a Czech game, was later interpreted as self-aware machine that rebels and kills all humanity.

This science fiction perception was the predominant thought of humans on robots until the movie "Terminator." I like science fiction, but I cannot say I like fiction. Robots have no awareness or objective for their own purposes. I mean I do not lose sleep over this type of fear.

"But my main concern is how people will use robots and who will take responsibility for the actions of these robots," Sharkey said, pointing to the latest developments as the main reason behind robotics and artificial intelligence concerns in recent years.

Sharkey recalls that the mass production of robotics and artificial intelligence technologies has increased significantly and that they perform tasks much more quickly than humans and store innumerable data from the internet and social media.

"Countries are now considering robots as an important factor in strengthening their economies and investing in these areas. But there is little or no information on how these machines will affect societies and social codes. It is an international opinion and it is perceived as a concern for this reason," Sharkey continued.

Sharkey also notes that Hawking and Musk's concerns are also based on this broad, and international, consensus.

Unemployment: Robots coming for your job

Security is the main concern in regards to robots, while the second concern is about massive job losses in the near future.

"There are serious concerns that artificial intelligence and robotics will lead to unemployment in serious dimensions. I think there is a good reason behind this anxiety. We have already seen reports of unemployment going on at different levels in different sectors of business," Sharkey said. "Even when it comes to artificial intelligence, we receive news that algorithms replace people in legal advice, insurance, banking, and even sports journalism." 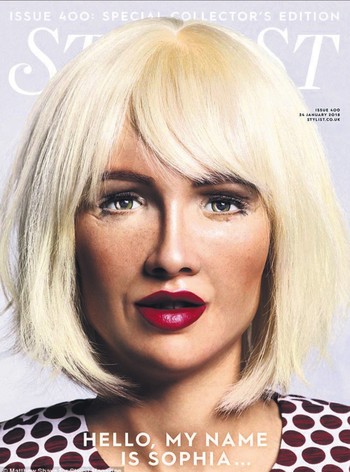 Sophia, the social robot, has already been a favorite of the fashion magazines.

Sharkey said robots are starting to replace people in some areas, even in areas like packaging, warehousing in logistics, and fast food making.

"So many people will clearly lose their jobs in the future. On the other hand, it is a fact that new business lines connected to technology will also be created. Apart from robots joining various business lines, I do not foresee a significant reduction in the workforce. The question is how many new businesses will be put in place of the jobs replaced by robots," Sharkey said.

The McKinsey Global Institute, a think tank engaged in research on the private sector, announced that by 2030, nearly 800 million people around the world will be replaced by robotic automation. Explaining the result of a survey on 800 business lines in 46 countries last week, the organization showed that one-fifth of the jobs of the global workforce would be adversely affected by automation.

It is said that one-third of the largest loss of business will occur in wealthy countries like Germany and the U.S., and it is predicted that about 39 to 73 million people will lose their jobs in the U.S. alone.

The "production force" that will lose the most jobs are machine operators and food industry workers. Although good to know that about 20 million of these employees can easily be transferred to other sectors.

Countries that are not wealthy are not expected to be affected by this economic change because they cannot invest heavily in automation. India is an example of these countries. In India, only 9 percent of jobs will be left to machines. The impact of automation on countries is affected by four factors: income level, wage rates, demographics and industry structure.

Meanwhile, a figure on Turkey has not been specified in the report.

Which occupations will be affected?

McKinsey explained that the jobs that will be affected the most in the global sense are mortgage brokers, areas assisting legal workers, accountants, back-office workers (those who are not engaged in direct sales or trade and who are busy with other jobs in the office). On the other hand, professions that will suffer the least damage from automation are doctors, lawyers, teachers, and bartenders. Certain jobs with low income levels will also suffer less from automation. These include gardeners, plumbers and nursing staff.

There is one important point that McKinsey underlines. Over the next 15 years, the world is expected to experience a process of transition just like the one from agriculture to industrial life in the 1900s.

The pleasing aspect is that, as Noel Sharkey predicts, new business lines related to technology will be born. Experts liken this process to the 1980s when computers entered our lives. Just as new job descriptions were made in areas such as technology support workforce and online business development in these years, more digitalization of life will lead to new business lines in this period as well.

How does 'Stop Killer Robots' work? 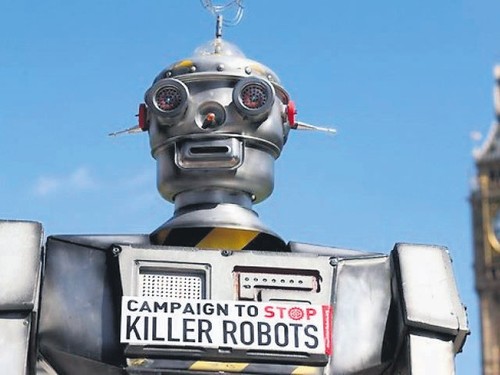 In the Stop Killer Robots campaign, being carried out mostly by law and science actors, relevant delegations of countries are contacted and persuaded to ban "deadly autonomous weapons." The campaign members are working with the United Nations Convention on Certain Conventional Weapons (CCW) committee, of which Turkey is a signatory, and gives the right to prohibit the use of weapons that could harm people. The campaign, initiated four years ago, is said to have achieved very successful results with the committee. Noel Sharkey stated that up to 21 countries have supported the campaign to renew this contract.

"The weapons that we want to ban are weapons that can pursue violence against humanity without human control by following their chosen targets. We have no choice but to forbid these weapons, otherwise what will happen is unpredictable," he concluded.