Next floor, the moon: Japan to test mini ‘space elevator’ in world first 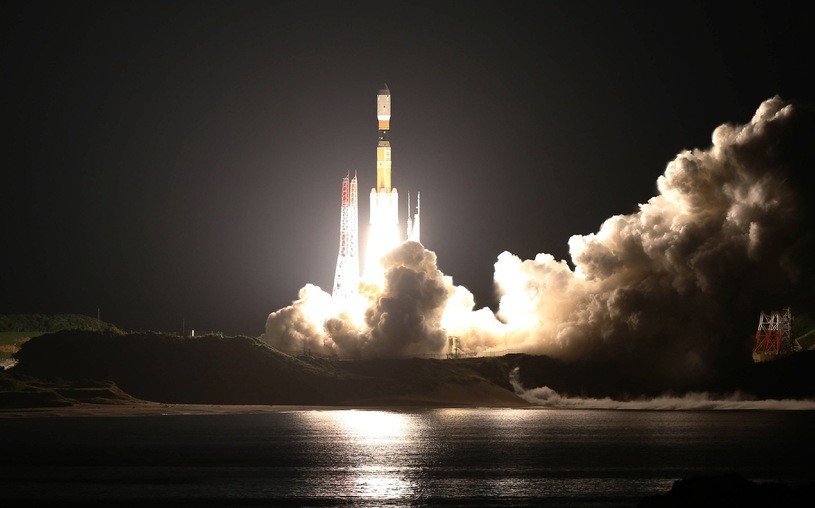 A Japanese team working to develop a "space elevator" will conduct a first trial this month, blasting off a miniature version on satellites to test the technology.

The test equipment, produced by researchers at Shizuoka University, will hitch a ride on an H-2B rocket being launched by Japan's space agency from southern island of Tanegashima next week.

If all goes well, it will provide proof of concept by moving along a 10-meter cable suspended in space between two mini satellites that will keep it taut.

The mini-elevator will travel along the cable from a container in one of the satellites.

"It's going to be the world's first experiment to test elevator movement in space," a university spokesman told AFP on Tuesday.

The movement of the motorized "elevator" box will be monitored with cameras in the satellites.

It is still a far cry from the ultimate beam-me-up goals of the project, which builds on a long history of "space elevator" dreams.

The idea was first proposed in 1895 by Russian scientist Konstantin Tsiolkovsky after he saw the Eiffel Tower in Paris, and was revisited nearly a century later in a novel by Arthur C. Clarke.

But technical barriers have always kept plans stuck at the conceptual stage.

Japanese construction firm Obayashi, which is collaborating with the Shizuoka university project, is also exploring other ways to build its own space elevator to put tourists in space in 2050.

The company has said it could use carbon nanotube technology, which is more than 20 times stronger than steel, to build a lift shaft 96,000 kilometers (roughly 60,000 miles) above the Earth.