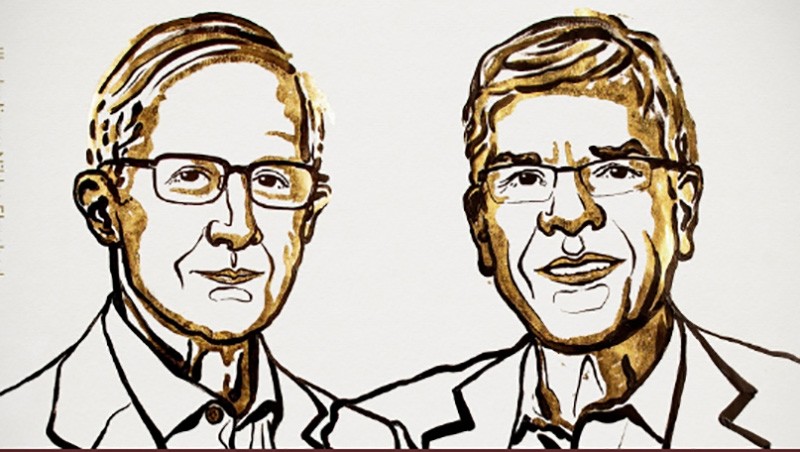 Two Americans, William D. Nordhaus and Paul M. Romer, have been named the winners of the the Sveriges Riksbank Prize in Economic Sciences in Memory of Alfred Nobel 2018 for integrating innovation and climate with economic growth.

​Nordhaus, a professor at Yale University, and Romer of New York University's Stern School of Business, have addressed "some of our time's most basic and pressing questions about how we create long-term sustained and sustainable growth," the Royal Swedish Academy of Sciences said in a statement.

It said the pair have "significantly broadened the scope of economic analysis by constructing models that explain how the market economy interacts with nature and knowledge."

Both have been tipped as frontrunners for the Nobel in recent years.

Last year, the honor went to U.S. economist Richard Thaler, a co-founder of the so-called "nudge" theory, which demonstrates how people can be persuaded to make decisions that leave them healthier and happier.

Unlike the other Nobel prizes which were created in Swedish inventor and philanthropist Alfred Nobel's last will and testament and first awarded in 1901, the economics prize was created by the Swedish central bank, the Riksbank, in 1968 to mark its tricentenary. It was first awarded in 1969.

The Nobel, which also consists of a diploma and a gold medal, will be presented at a formal ceremony in Stockholm on Dec. 10.

The Nobel economics prize wraps up the 2018 awards season, notable this year for the lack of a literature prize, postponed by a year for the first time in 70 years over a rape scandal that came to light as part of the #MeToo movement.

Last week, after the prizes for medicine, physics and chemistry were announced, the most highly-anticipated Nobel, that for peace, went to Yazidi women's campaigner Nadia Murad and Congolese doctor Denis Mukwege for their work in fighting sexual violence in conflicts around the world.