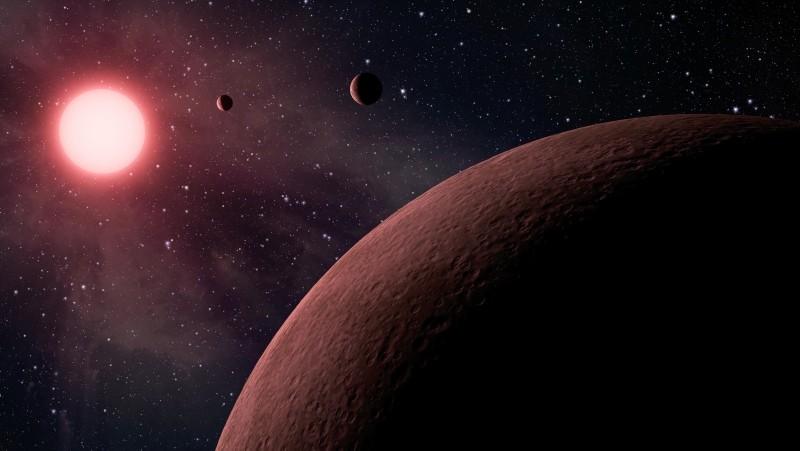 Researchers using a radio telescope in Western Australia have detected 20 mysterious, powerful wave signals known as "fast radio bursts" in the past year - almost double the number of unique signals detected worldwide since they were discovered in 2007.

The team also found the closest and brightest fast radio bursts ever detected, according to findings published in science journal Nature on Thursday.

"Using the new technology of the Australia Square Kilometer Array Pathfinder, we've also proved that fast radio bursts are coming from the other side of the universe rather than from our own galactic neighborhood," said lead author Ryan Shannon from Swinburne University of Technology.

A fast radio burst is a fierce spike of energy that comes from outside our galaxy and lasts for just milliseconds.

Scientists do not know what causes these mysterious radio waves or which galaxies they come from but say they must involve incredible energy, equivalent to the amount released by the sun over 80 years.

Co-author Jean-Pierre Macquart from Curtin University said the bursts travel for billions of years and occasionally pass through clouds of gas.

"Each time this happens, the different wavelengths that make up a burst are slowed by different amounts," he said.

"Eventually, the burst reaches Earth with its spread of wavelengths arriving at the telescope at slightly different times, like swimmers at a finish line," he added.

"Timing the arrival of the different wavelengths tells us how much material the burst has traveled through on its journey," Macquart said.

"And because we've shown that fast radio bursts come from far away, we can use them to detect all the missing matter located in the space between galaxies - which is a really exciting discovery," he said.

Scientists say the fast radio bursts happen frequently but it is extremely hard to catch one. The first, known as the Lorimer Burst, was detected in 2007 by astronomers looking into old data from the Parkes Telescope in Australia's New South Wales.

Since then 33 bursts have been discovered. Among them, the FRB121102 found in Puerto Rico is considered special for multiple flashes being detected from the same spot in the sky.

ASKAP, the powerful radio telescope that found the latest signals, is located at Murchison Radio-Astronomy Observatory in Western Australia's desert, about 800 kilometers north of the city of Perth.

Its eight 12-meter-tall radio antennas spread across 6 kilometers helped canvass an area of sky 1,000 times the size of the full moon, the scientists said.

The team's next challenge is to pinpoint the locations of bursts on the sky, Shannon said, as the scientists will be able to localize the bursts to better than a thousandth of a degree.

"That's about the width of a human hair seen 10 meters away, and good enough to tie each burst to a particular galaxy," Shannon said.