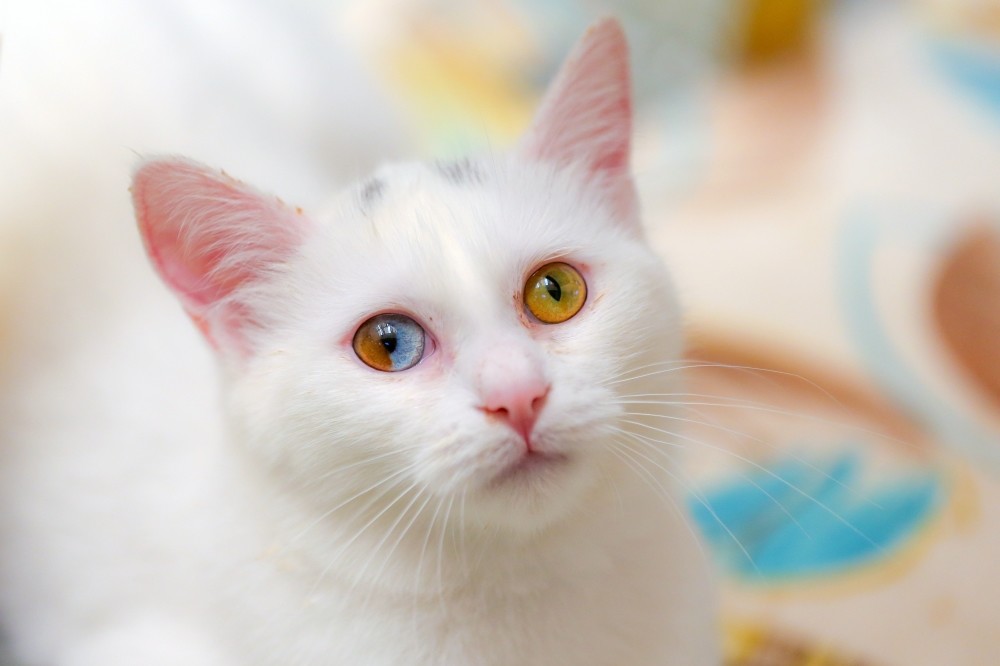 The iconic Van cats are famous for having two different colored eyes and white fluffy furs. They are also known for their friendly demeanor.

However, one Van cat in Edremit has got researchers all excited with two different colors in one eye.

A resident at the Yüzüncü Yıl University Van Cat Research Center, the cat has one yellow eye while the other is a mix of blue and yellow.

Visitors and experts were really surprised with the odd-eye cat, saying it is a very rare phenomenon.

The director of the center, professor Abdullah Kaya told Anadolu Agency (AA) that Van cats are renowned for being odd-eyed but having two different colors in one eye is not very common.

"This is a rare phenomenon. It is actually a genetic deformation. This makes our Van cats even more special," Kaya said.

He confirmed that this phenomenon does not affect the cat's eyesight.

Van Cats are known for their silky fur, lion-like walk, fluffy tail, odd eyes and a fondness for water. They are one of the rarest animal species that are not hybridized. To protect its genetic features, Van cats are bred selectively and taken care of at a special facility in the city.