Built by Turkish students, eco-friendly electric car a glimpse of the future 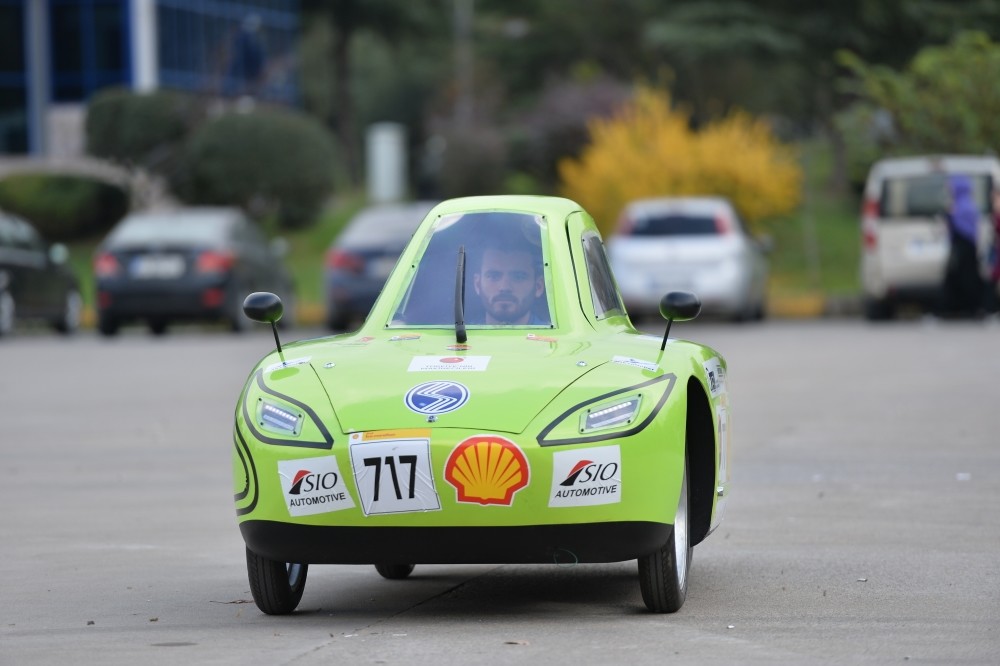 With the world population booming and its natural resources in steep decline, building self-sufficient and eco-friendly vehicles are more important than ever.

A group of students from Sakarya University has managed to build an electric car that spends only TL 0.40 worth of electricity per 100 kilometers. Their invention has won many numerous international awards.

The students, who are all members of the university's Advanced Technologies Application Society (SAİTEM), has been working on the electric car for years. Their project "Evrim 4" was designed and built entirely by the students.

Having won numerous awards at different national and international competitions, "Evrim 4" is now looking to win in next year's Shell Eco-marathon in London, U.K.

President of SAİTEM Mert Yavuz told Anadolu Agency (AA) that they competed in last year's Shell Eco-marathon, but could not win a title due to some technical problems. "This year, we want to take the first place and represent our country in the best way possible," he said.

Talking about the technical features "Evrim 4," team member İbrahim Balkan said that the car can drive over long distances with minimum electricity. "We designed and produced the car at our workshop. Due to speed restrictions, 'Evrim 4' can go as fast as 35 kph. The entire car cost around TL 60,000 ($10,971). We wanted to build an electric car entirely from domestically-produced parts. Our aim is to take the first place at this year's Shell Eco-marathon," he added.

The Shell Eco-marathon challenges student teams from around the world to design, build, test and drive ultra-energy-efficient vehicles. The competition dates back to 1939 when Shell Oil Company employees in the U.S. made a friendly wager over who could travel furthest on the same amount of fuel. The competition is split into two classes or categories. The Prototype class focuses on maximum efficiency, where passenger comfort takes a back seat. The UrbanConcept class encourages more practical designs. "Evrim 4" will compete in the UrbanConcept class.