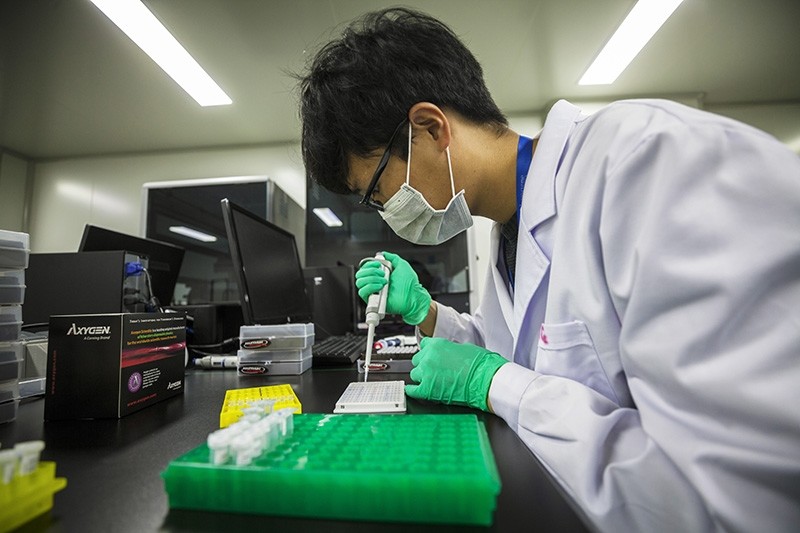 A scientist in China claims to have created the world's first genetically-edited babies, in a potentially ground-breaking and controversial medical first.

Chinese university professor He Jiankui posted a video on YouTube saying that the twin girls, born a few weeks ago, had had their DNA altered to prevent them from contracting HIV.

The professor, who was educated at Stanford in the U.S. and works from a lab in the southern Chinese city of Shenzhen, said their DNA was modified using CRISPR, a technique which allows scientists to remove and replace a strand with pinpoint precision.

The development emerged Sunday in an article published by industry journal the MIT Technology Review, which referenced medical documents posted online by He's research team at the Southern University of Science and Technology to recruit couples for the experiments.

He's video then went online, prompting a heated debate among the scientific community, including from experts who cast doubt over the claimed breakthrough, and others who decried it as a modern form of eugenics.

He said the babies, known as "Lulu" and "Nana" although they are not their real names, were born through regular IVF but using an egg which was specially modified before being inserted into the womb.

"Right after sending her husband's sperm into her egg, an embryologist also sent in CRISPR/Cas9 protein and instructions to perform a gene surgery intended to protect the girls from future HIV infection," he said.

The claims come ahead of a conference of world experts in Hong Kong on Tuesday, where He is expected to reveal more details.

But there is as yet no independent verification of his claims, which have not been published in a peer-reviewed journal -- an omission that the scientist's critics have seized on.

The Southern University of Science and Technology in the southern Chinese city of Shenzhen, where He holds an associate professorship, said it had been unaware of the research project and that He had been on leave without pay since February.

The university said it was a "serious violation of academic ethics and standards" and scientists around the world condemned it as monstrous and dangerous.

China's National Health Commission said it was "highly concerned" and had ordered provincial health officials "to immediately investigate and clarify the matter."

"We have to be responsible for the people's health and will act on this according to the law," it said in a statement.

Shenzhen's medical ethics committee said it was investigating the case. The Guangdong provincial health commission was also looking into it, according to Southern Metropolis Daily, a state media outlet.

The MIT Technology Review warns that "the technology is ethically charged because changes to an embryo would be inherited by future generations and could eventually affect the entire gene pool."

Other scientists have also sounded caution.

Nicholas Evans, assistant professor of philosophy at the University of Massachusetts Lowell, said on Twitter that the claims were "wild."

"On a basic level, announcing the test through a YouTube video is a highly problematic form of scientific practice, as it steps aside the vetting processes on which a lot of scientific advance relies, such as peer review," he told AFP.

"We've been talking about genetic engineering of embryos for a while... what is a bit more revolutionary is that these children were allegedly engineered to provide resistance to a disease. That's a new step forward, and where a lot of peril is."

The issue of editing human DNA is extremely controversial, and only allowed in the U.S. in laboratory research -- although U.S. scientists said last year that they had successfully edited the genetic code of piglets to remove dormant viral infections.

But this is not the first time Chinese researchers have experimented with human embryo technology, and last September scientists at Sun Yat-sen University in China used an adapted version of gene-editing to correct a disease-causing mutation in human embryos.

Sam Sternberg, assistant professor in biochemistry and molecular biophysics at Columbia University, questioned the whole premise of He's research, noting that it was not aimed at fixing a life-threatening condition -- like a genetic disease for example.

"Missing from the video is the fact that edits were made to embryos that do NOT have HIV. Changes risk/benefit big-time," he tweeted.

"This breaking news story sure is an absolute bombshell for the #GeneEditSummit in Hong Kong this week. No doubt countless speakers are scrambling to update slides as we speak."

He Jiankui did not immediately respond to a request for comment from AFP.

Neither was there any response from queries to the organizers of the Hong Kong conference, and it is not clear whether they were aware of He's work.