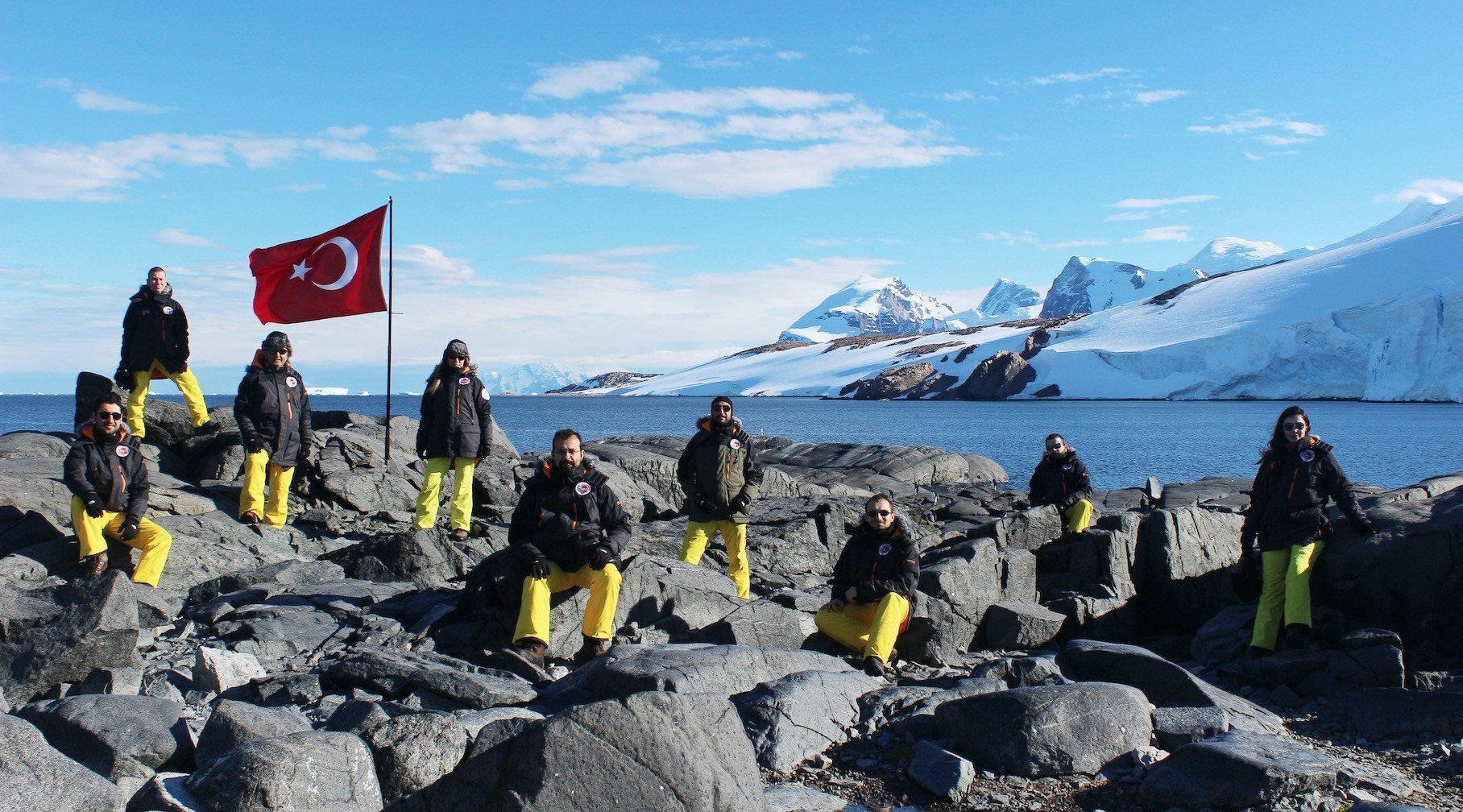 Turkey's third national scientific expedition to Antarctica is set to begin next week for meteorological research on the coldest continent on earth.

A total of 11 scientists will set foot on the continent on Jan. 29 to begin work to establish a temporary "Turkish Science Base" for the first time, the Agriculture and Forestry Ministry said.

Turkey, which has an observer status on the continent, and used other countries' bases there during its 2017 and 2018 voyages to the continent.

The scientists, who will take part in the expedition from separate universities, will carry out scientific research as part of the country's national polar program.

Two automatic meteorological monitoring stations produced in Turkey will also be set up by the country's directorate general of meteorology to receive data for two years.

The meteorological parameters to be received from the stations such as wind speed and direction, temperature, humidity, downfall, pressure, snow depth, global solar radiation, and hours of sunshine will be transferred to central server and will be recorded in the database.

Agriculture and Forestry Minister Bekir Pakdemirli received Meteorological Service Director General Volkan Mutlu Coskun and Mehmet Yıkılmaz, an engineer from the service, in the capital Ankara on Tuesday to be informed about next week's expedition.

Yıkılmaz will be among the 11 scientists to go to Antarctica.

Stating that an engineer will be on the team to be sent to the continent, he said: "They will stay 40 days there. I hope we [Turkey] will get a consultative status soon and will continue our works permanently in Antarctica." "We are determined to be a country competing against the world's bests on meteorology," he added.

Antarctica, the coldest continent on earth, has served as a scientific research zone since a 1959 treaty. Turkey, which currently holds an observer status, seeks to have consultative status on the continent.

In April 2016, the first-ever Turkish team of researchers - 14 medics, botanists, geologists and oceanographers from seven universities - traveled to Antarctica to study the impact of climate change.