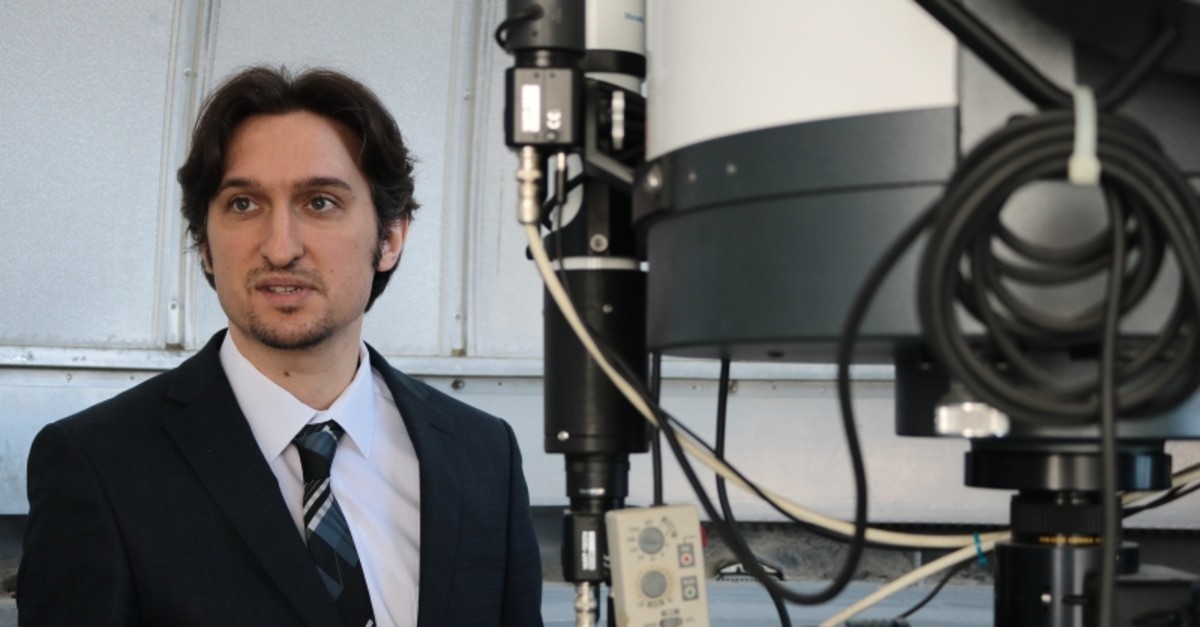 Kılıçoğlu told the Anadolu Agency that he discovered the star, which has different characteristics compared to the previously described chemically peculiar stars while observing 100 suspicious objects on the list of his Ph.D. thesis advisor Richard Monier from Sorbonne University in France.

"The stars are generally composed of 73 percent hydrogen, 25 percent helium, and 2 percent of other elements. However, some heavy elements, such as chrome, manganese, phosphorus, barium and mercury, which are not expected to be abundant on the surface of some of the stars can be detected on these chemically peculiar stars which are very rare in the universe," Kılıçoğlu said.

Noting that the chemically peculiar stars of this chemical temperature can be found as dwarf stars whose diameters are comparable to those of sun, Kılıçoğlu said that the star he discovered was strange and is both hot and giant.

Kılıçoğlu said that the newly discovered star, which was estimated to be 90 million years old and emits 2,100 times more radiation into space than the sun and is about 12 quadrillion kilometers (250 light years) away from the world.

"Our discovery can be considered as a step in terms of clarifying previously unknown secrets in the space," Kılıçoğlu said.