Turkish scientists set up temporary research base in Antarctica 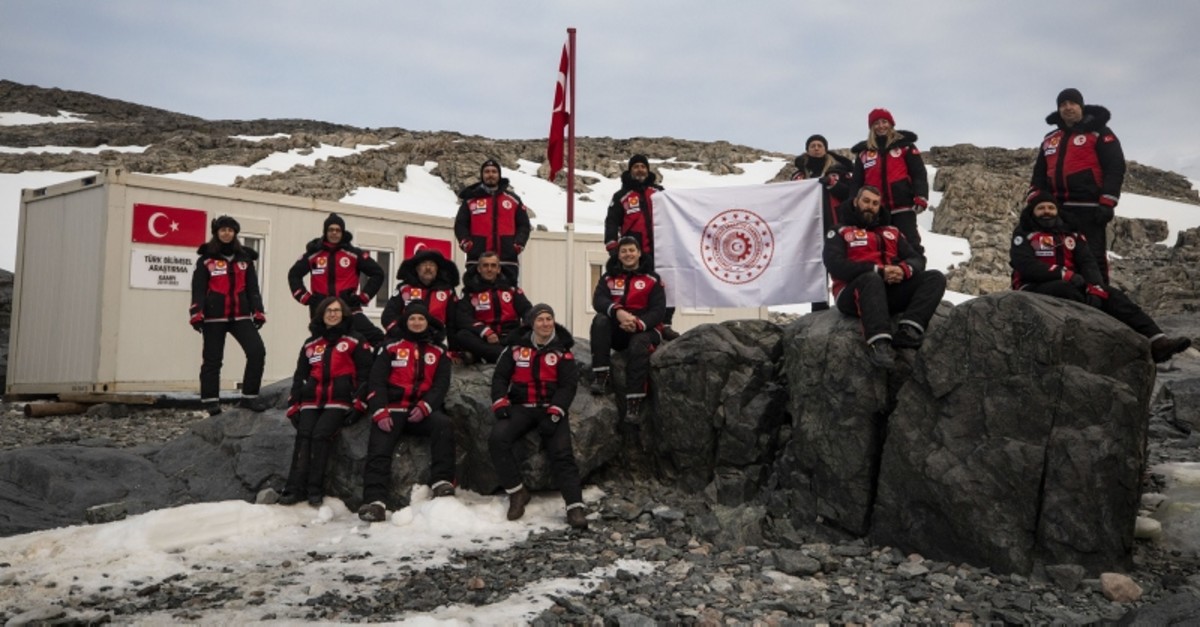 A team of Turkish scientists now in Antarctica has established a temporary science base on the bottom of the world, Industry and Technology Minister Mustafa Varank announced on Monday.

Following the establishment of the landmark base, Turkish scientists are currently planning their third science expedition to Antarctica, Varank said.

Earlier this month, a Turkish team led by scientist Burcu Özsoy — Turkey's second team to the frozen continent — traveled to Antarctica for a 30-day expedition.

The team carried gear which weighed six tons in total and managed to start the building of the science base. After the weather calmed down, the building of Turkey's temporary science base was finished and the Turkish flag started to wave. This accomplishment brought Turkey one step closer to its aim of gaining "consultant country" status in Antarctica.

Speaking to Anadolu Agency (AA), the leader of the expedition, associate professor Burcu Özsoy said the research base will offer its services to scientists in Antarctica until 2022.

"This science base has great importance for Turkey. The base, which is 14,000 kilometers from Turkey, will enable Turkish scientists to work more freely and will be available in the summer season for three years," Özsoy said.

Stressing that the team has come across great difficulties throughout the expedition, he continued: "It is almost impossible to predict the weather in Antarctica. During this expedition, we always started the day with Plan A but we had to adapt to the environment and change the initial plan. Despite all this, we fought off all the storms we came across while coming to the island and managed to build our base."

However, it is not easy to build a science base in Antarctica. According to the Antarctic Treaty System, the bases have to be environmentally friendly and should not hurt the ecosystem. Before building the base, Turkish scientists sent the plans to the committee and received the green light.

Antarctica, the coldest continent on earth, has been serving as a scientific research zone since a 1959 treaty. Turkey, which currently holds observer status, is a signatory of the treaty signed in Washington.

Turkey's Istanbul Technical University Polar Research Center was founded in Antarctica in 2015. The mission of the center is to carry out research on Antarctica and raise Turkey's profile in the international scientific community.

In April 2016, the first-ever Turkish team of researchers, consisting of 14 medics, botanists, geologists and oceanographers from seven universities, traveled to Antarctica to study the impact of climate change.

With the third expedition, Turkey looks to become a consultant country in the new term of the Antarctic Treaty System and continue scientific studies at its own base.