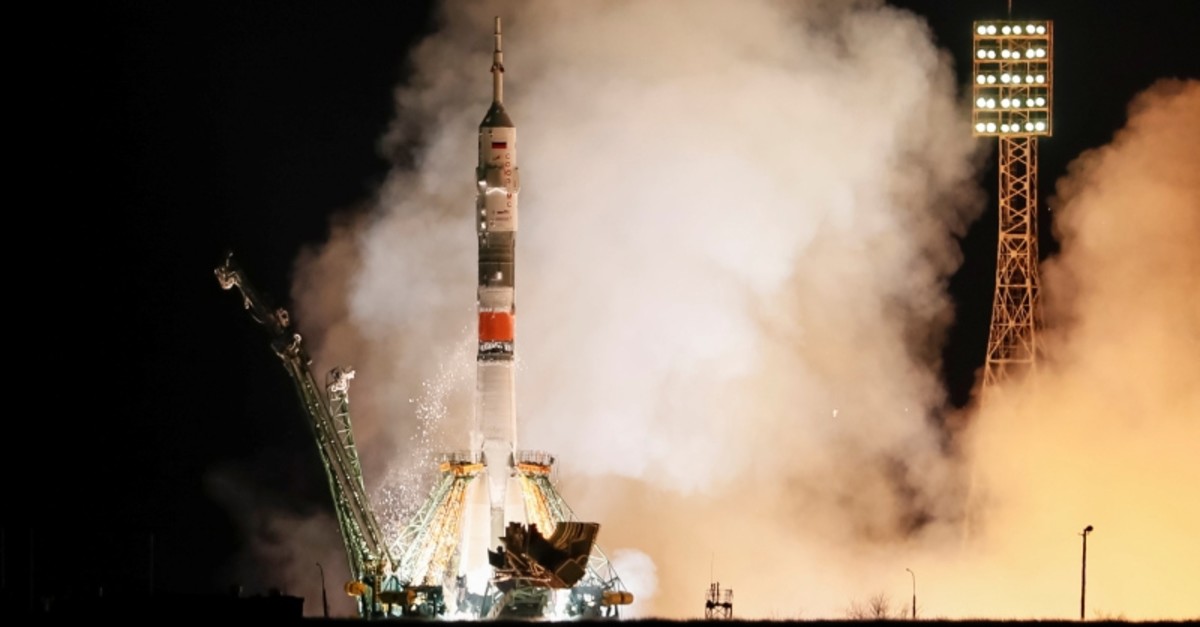 The Soyuz MS-12 spacecraft carrying the crew formed of Aleksey Ovchinin of Russia, Nick Hague and Christina Koch of the U.S. blasts off to the International Space Station (ISS) from the launchpad in Kazakhstan March 15, 2019. (Reuters Photo)
by Compiled from Wire Services Mar 14, 2019 10:51 pm

A Russian-American crew of three has blasted off to the International Space Station, making a second attempt to reach the outpost after October's aborted launch.

The Soyuz MS-12 took off at 1914 GMT, as planned, and is due to bring Russian cosmonaut Alexei Ovchinin and U.S. astronauts Nick Hague and Christina Koch to the International Space Station around eight hours later.

For Ovchinin and Hague, it is the first flight since an emergency landing two minutes after they blasted off on Oct. 11, 2018.

An investigation showed then that the abortive launch was caused by a sensor damaged during the rocket's assembly at the cosmodrome in Kazakhstan.

That accident was the first aborted crew launch for the Russian space program since 1983, when two Soviet cosmonauts safely jettisoned after a launch pad explosion.

This week, Ovchinin and Hague said they were confident this time about reaching the International Space Station, though they said a small fault had been discovered on their rocket during final checks.