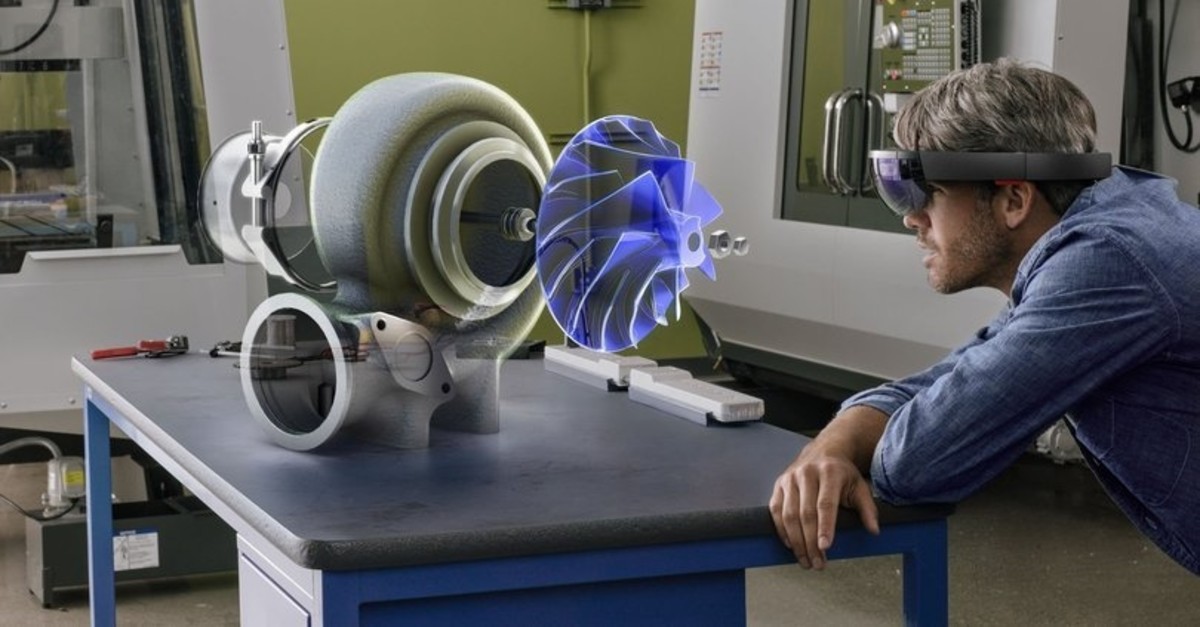 KARMA Lab will be working on developing and researching new generation interfaces, making research in this field and raising experts on virtual and augmented reality.
by Şule Güner May 29, 2019 12:14 am

Virtual and augmented reality is not simply about entertainment but also a tool that allows advancement in many fields, from medicine to engineering. With Turkey's newly opened reality laboratory, scientists are taking the next step into the future

Turkey has a reality laboratory now. Koç University took this step with the financial support of the Istanbul Development Agency to research virtual reality (VR) and augmented reality (AR) technologies and educate experts in these fields. Established within the university, KARMA was the first reality laboratory to be opened in Turkey. Koç University Chancellor Umran İnan explained how this center, which opened with a ceremony last week, will serve the advancement of science: "KARMA will be working on developing and researching new generation interfaces, making research in this field and raising experts by using interactive design tools and concepts such as the internet of things, biosensors, digital twin, 3-D environments and photogrammetry, along with VR and AR technologies."

The important point highlighted by İnan is that the establishment of such interdisciplinary centers will bring extraordinary gains in the future.

During the establishment of the laboratory from this perspective, the University of Southern California's director for the Medical Virtual Reality Institute for Creative Technologies, psychologist Albert Skip Rizzo, and the university's Creative Technologies Institute Research and Development Integration manager, Arno Hartholt, gave mentorship support.

US spends billions of dollars

Rizzo is especially known for his contribution to the BraveMind project, which the U.S. Department of Defense launched in 2005 to treat cases of post-traumatic stress syndrome in the post-military period and for which it spent billions of dollars.

Rizzo says that U.S. Army troops deployed in the Middle East and Afghanistan over the past decades have experienced serious post-mission adaptation problems and have received treatment results up to 80% with VR methods.

Rizzo, who has been using VR for many years for soldiers who have returned from duty or been sexually assaulted, received an award from the American Psychological Association in 2010 for his contribution to the treatment of trauma. Behind this award lies smart virtual patients and doctor avatars, which Rizzo has used for many years in his treatments.

With this training, experts can diagnose more accurately and quickly when confronted with the patient. On the other hand, some patients are able to provide an easier flow of information when they see an avatar therapist instead of a person.

The patient pours out their heart to the avatar and does not take the social risk that they think they will take by getting in touch with a person.

The technique of using a "virtual patient or case" also helps in the training of the U.S. military and police forces. For example, U.S. police officers are preparing themselves for possible scenarios through using avatar criminals or innocents.

These techniques are also used to make the communication of patients with autism easier. In situations in which patients with autism have difficulties, like job interviews requiring human contact, avatars are used sometimes. Early diagnosis of Alzheimer's and the struggle against dementia are two other health care areas that greatly benefit from the use of VR.

Albert Skip Rizzo and Arno Hartholt from the University of Southern California on concerns about the use of VR and AR by youth in video games and esports along with their use in the health field.

Rizzo said, "There is an easily accessible mobile market for VR and AR. But do these applications really help you? Centers like KARMA should be in universities that bring the industry together with such ethical standards and lead the way because this field is quite new. We don't want to develop applications that produce harmful results. Therefore, I think companies should consult researchers, universities and such centers before developing their own experiences. This is our role here."

"In my opinion, any type of technology can be used for good or bad purposes. This responsibility belongs to both the people who prepare the experience and how we use it. That's the same we see in every generation. Comics, music, radio, television... There are so many people just watching television, right? That's not a good thing. Too many people are stuck to their phones. That's not a good thing, either. But basically, I think what we want is to live the human experience and to improve ourselves while communicating with others," said Hartholt.

He added: "If technology is going to help it, it's definitely something we need to discover. If there are bad sides, for example, if we live attached to our phones, use social media continuously and real bonds are replaced by likes, then this is a bad thing. I think there are examples that we can give about abuse, but there are also many examples of things used for useful purposes. This is not a problem inherent in technology, it is our decision related to how we want to use it as a society."

KARMA Reality Laboratory, opened by Koç University on its Rumeli Feneri Campus, cost approximately TL 2 million with a 73% contribution from the Istanbul Development Agency. Since February, the KARMA team has been providing training to an expert team who will develop VR and AR applications by collaborating in different disciplines.

Explaining that hundreds of students will benefit from this program later on, KARMA Reality Laboratory co-coordinator Ivon Bensason said: "We want to bring together teams working in different disciplines. We also need developers who are well-trained, inclined to teamwork, able to develop these applications and can make models, create content."