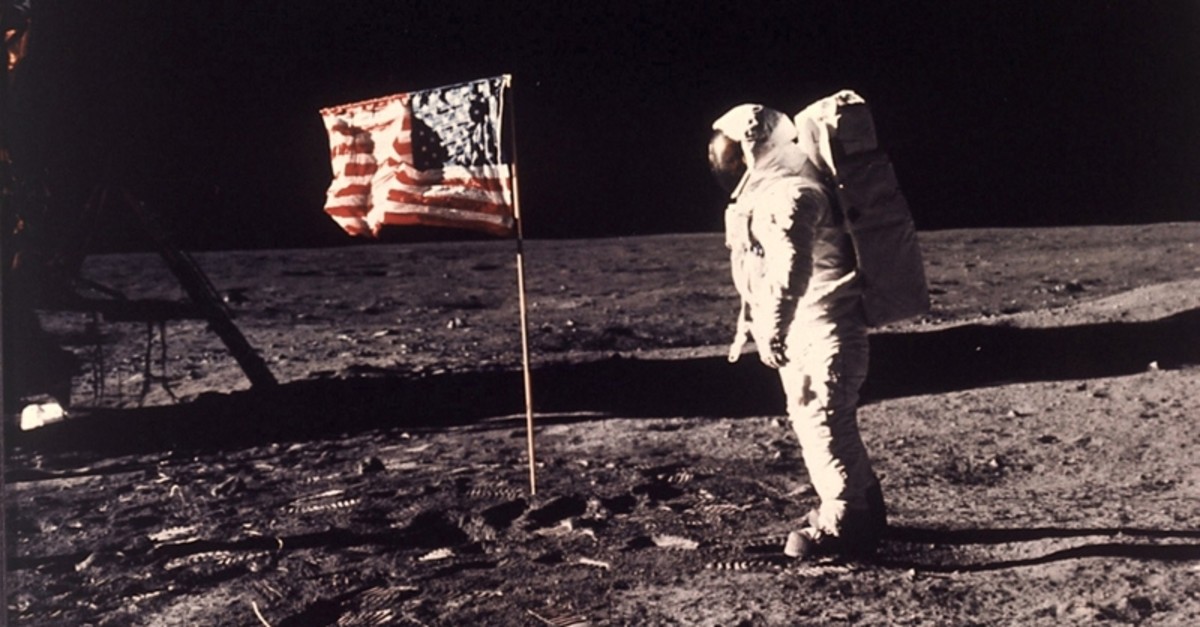 At the time of Neil and Buzz's 1969 moonwalk, Libertyville author and former rocket test engineer Suzanne Slade was 4 years old. She remembers none of it. She does remember three years later, when Eugene and Jack _ the last of the men to have walked the moon _ made their trip out of earth and back.

"It was almost unbelievable," she said.

Now, nearly 50 years later, NASA has set out on a mission that would have then been considered even more unbelievable - to land the first woman on the moon.

But this is not another Apollo mission. This new program is named Artemis, after the Greek goddess of the moon and Apollo's twin sister. The goal is to not just make a return visit to the moon's surface by 2024, but to create a sustainable U.S. presence there by 2028. The "first woman and next man" will step foot on the moon's southern pole, a place no human has gone before.

Following the Columbia space shuttle tragedy in 2003, NASA's mind and money have been long set on Mars. However, President Donald Trump, in 2017, ordered the agency to redirect its focus back to the moon. A sustainable moon base could serve as a necessary pit-stop once Mars missions begin. NASA took up the Trump administration's mission and responded with a plan to have humans on the moon by 2028. This was "just not good enough" for Vice President Mike Pence, who in March urged NASA to speed up the timeline. The year 2024 became the new target, theoretically falling just in time for the end of a second Trump presidential term.

As of March 2019, of the more than 500 people who have flown to space, just 64 have been women. The first woman was Russian astronaut Valentina Tereshkova in 1963. Twenty years later, in June 1983, Sally Ride became the first American woman in space. Mae Jemison followed in 1992 as the first black woman in space.

Growing up in Goshen, Indiana, during the late 1960s to early '70s height of the Space Age, Slade knew of no women in the science field, let alone women who had gone to space. Still, she remembers sneaking away in coat closets to work on math workbooks for fun.

Slade's parents supported her interests and after graduating from Valparaiso University with a mechanical engineering degree in 1986, she went on to work at McDonnell Douglas Space Systems as a test engineer. One day, shortly after arriving at the company, Slade and a couple of colleagues gathered for a rocket component test. She could not understand why they were all standing around, waiting to begin the test. She asked a colleague about the holdup.

"We are waiting for the test engineer, he hasn't showed up yet," the man said.

Slade pointed to herself, "He's here," she said. "We can start."

After seven years as a mechanical engineer, Slade made the career switch to become a children's book author.

"I started reading my children those wonderful, beautifully illustrated picture books," Slade said. "I remembered how much I loved them and decided I would like to give it a try."

Eighty rejection letters and eight years later, Slade broke into the publishing industry and quickly filled a gap in children's literature. "I found that there weren't many (children's) writers who were interested in writing about science," she said. "That's how I was able to break in." Since then, Slade has authored more than 100 children's books, many about science.

In March, she released "A Computer Called Katherine," a biography of mathematician Katherine Johnson. Johnson's calculations on orbital mechanics _ as dramatized in the film "Hidden Figures" _ made the Apollo missions of the '60s and '70s possible. "Katherine knew it was wrong that African Americans didn't have the same rights as others _ as wrong as 5+5=12. She knew it was wrong that people thought women could only be teachers or nurses - as wrong as 10-5=3," the book summary reads.

This year, in anticipation of the 50th Apollo 11 mission anniversary, Slade released "Daring Dozen: The Twelve Who Walked on the Moon." She looks forward to the addition of a woman to this selective troop.

"It would be out of this world," she said, with a laugh. "Not only for the contribution she would make to science and to exploration, but also to show young girls, women and the world, that women are capable astronauts."

"Astronaut Annie," Slade's first fiction book, released in 2018, tells the story of Annie, a girl who dreams of exploring the solar system. On May 4, the book was launched into space aboard SpaceX CRS-17. An audio recording of astronauts reading the book will be shared on Story Time From Space, https://storytimefromspace.com/.

"Young girls of any background and race need to know they can achieve whatever they would like to," Slade said. "(They can) make valuable contributions in all STEM fields."