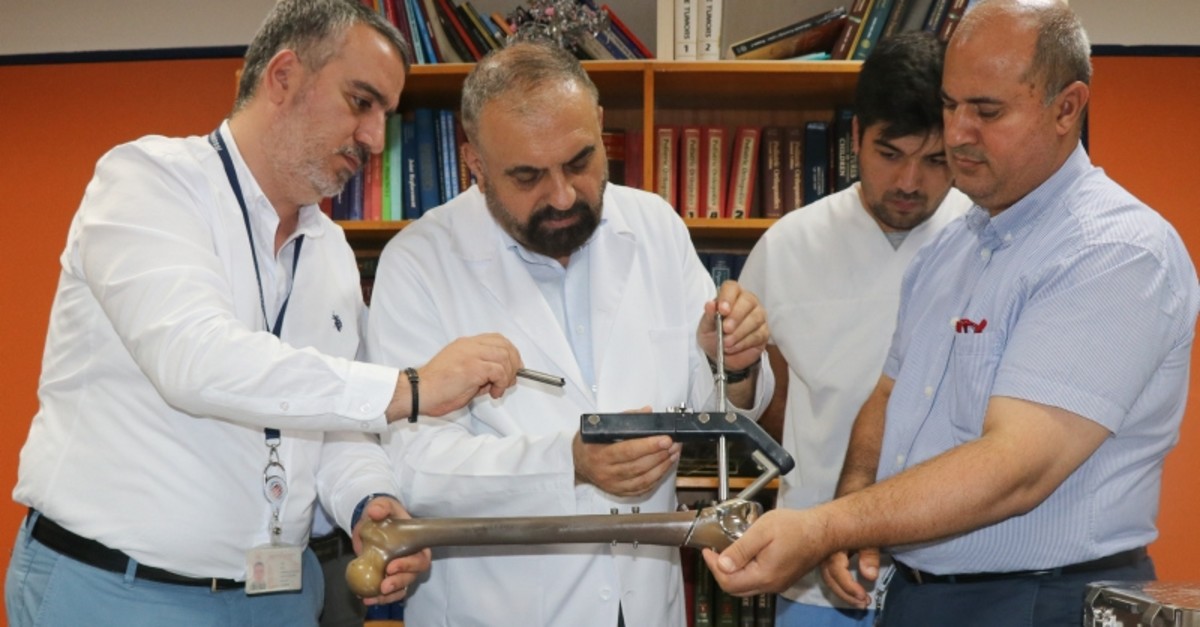 A group of Turkish scientists has produced the country's first domestic medical nails to be used in the treatment of femur bone fractures, significantly shortening the surgery process as well as recovery time.

Scientists from the Dokuz Eylül University's (DEÜ) Bone Cartilage Tissue Biotechnology Research and Development Center have developed the medical nail with Turkish medical appliances firm Tıpsan Inc. The nail, named DACFIN (Distal Angular Condylar Femoral Intramedullary Nail), will be used for the treatment of fractures in the femur bone near the knee and also for multiple fractures to shorten the operation time and provide the patient an earlier recovery in comparison with traditional methods.

Professor Dr. Hasan Havıtçıoğlu, chairman of the research center and head of the DEÜ Orthopedics and Traumatology Department, told Anadolu Agency that he and associate professor Dr. Ahmet Karakaşlı from his team have been conducting research with the biomechanics and mechanical engineering departments since 2013.

Havıtçıoğlu said that the treatment of the femur fractures near the knee is very important and must be carried out delicately, noting that traditional methods of operating on joints and in the case of knee replacements can result in serious complications.

He said that with the nail treatment there will be no need for an intervention in the knee joint, adding that this also shortens the duration of surgery and recovery.

With this method, "the patient has less bleeding and the operation can be completed in less time," Havıtçıoğlu said.

Havıtçıoğlu said the new nail is not being used anywhere else in the world as it was produced domestically, adding that it will reduce the country's medical dependency on the outside world.

He noted that they introduced the DACFIN nail at a meeting of the European Orthopedic Research Society that in the United Kingdom.