Turkey in pursuit of technology patents 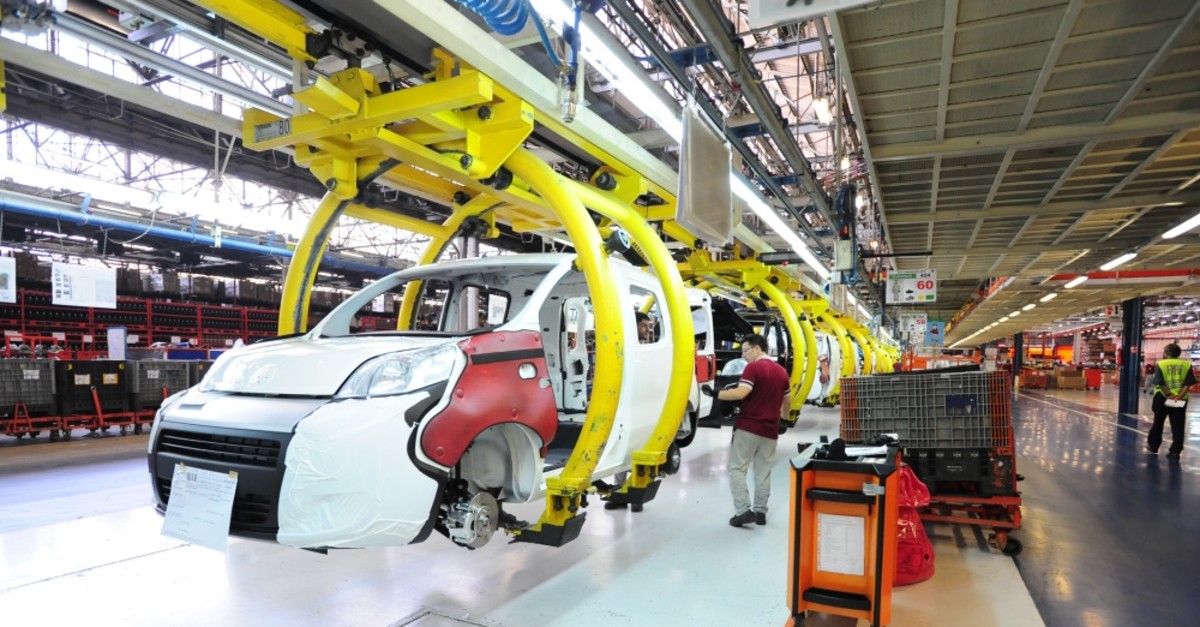 Tofau015f is one of the companies with the greatest number of patent applications in the technology class in Turkey.
by Şule Güner Jul 31, 2019 12:15 am

Patenting has always been significant in order to protect new ideas; however, patents in the field of technology are growing in importance gradually with the changing world. So, where does Turkey stand in technology patenting?

The rise of technology entrepreneurship in Turkey was revealed through some recently released figures. Destek Patent measured Turkey's "patent maturity" based on the analysis of the last five years of industry data of the Turkish Patent and Trademark Office. According to the assessment, from 2014 to 2018, the number of domestic and foreign patent applications in the field of technology in Turkey amounted to 23,686. While the importance of taking new ideas and projects under preservation through patenting and the importance of investing in the "right idea" in order to be able to compete on global scale is being increasingly accepted in Turkey, the number of patent applications in the country that are made by domestic firms and in which areas patent applications are made is of great importance.

The analysis shows that Istanbul, Ankara and Manisa are the first three provinces that stand out in technology patent applications, followed by Bursa, İzmir, Konya and Kocaeli. The year 2018 seems to be the year in which the greatest number of brand applications were filed in the technology-developing sectors. Istanbul, Ankara, Bursa, İzmir, Konya and Kocaeli are the provinces that filed the greatest number of applications in new brands for technology.

Destek Patent Chairman Kemal Yamankaradeniz emphasized that the patent climate needs to change first in order to improve patent culture in Turkey, saying that this can only be achieved through training and awareness to be given at an early age.

Underlining that patent courses should be included in the curriculum of engineering faculties in universities, Yamankaradeniz continued: "In addition, it is of great importance to closely monitor the activities of the technology transfer offices (TTO) established in universities in our country and to carry out studies in the field of high technology. Cooperation between universities and manufacturers is essential. In addition to these studies, it is necessary to correctly understand the concept of patent in R&D [research and development] centers and to increase the level of knowledge about how the activities will be subject to the patent."

Pointing out that engineers employed in R&D centers should be isolated from regular employee profiles and should be allowed to work exclusively on their subjects, as in developed countries, Yamankaradeniz said: "Awareness-raising activities should start at an earlier age. With this in mind, we have implemented the 'Claim Your Idea' project. Our aim is to create awareness at an early age and to enable greater number of discovery-invention-useful model in our country. Within the scope of the project, we cooperate with many brands, R&D centers, schools, universities, academics and nongovernmental organizations." 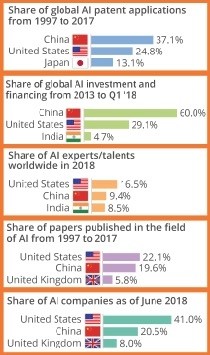 Artificial intelligence (AI) patents are one of the biggest competitive elements globally. What about the global race in AI, where world-leading countries are considered to be the number one determinant of dominance? Here is a snapshot for the race for AI:

The IBM Security Business Unit and the Ponemon Institute have released their annual survey on the cost of data breaches on organizations. The average total cost of a data breach in Turkey has increased by 18.5% compared to the previous year to TL 11.15 million, according to the results of the survey, which involved 22 companies from Turkey among others. The cost of lost and stolen data rose by 23.3% to TL 570. A total of 45% of data breaches were caused by malicious or criminal attacks.

The report, which was prepared as a result of extensive interviews with more than 500 companies worldwide that experienced breaches last year, indicated that enterprises with less than 500 employees lost more than $2.5 million on average as a result of data breaches.

The best-prepared will win

The report also examined the long-term financial impact of data breaches for the first time this year, detecting that its effects had been felt for years. An average of 67% of data breach costs occurred in the first year following the breach, 22% in the second year, and the remaining 11% in more than two years after the data breach. It was also seen that long-term costs were higher in the second and third years for organizations subject to legal regulations such as health care, financial services, energy and the pharmaceutical industry.

Engin Özbay, IBM Turkey country leader in charge of security, assessed the report, saying: "We are in an age of rapid and immense change with more data, interconnected devices and computing power than ever before. While this offers great opportunities to enterprises, it also increases the likelihood of data breaches within organizations. With organizations facing more than TL 11.7 billion in losses or stolen records over the last three years alone, companies need to be aware of all the financial impact a data breach can have on their profitability and thus focus on how they can reduce those costs. The results of the report show us that companies that are prepared to intervene in cyber incidents and use encryption widely will reduce costs."

Excerpts from the report

• More than half of the data breaches involved in the research are caused by malicious cyberattacks.

• Performing cyber incidents intervention exercises provides excellent results. Data breach costs for companies that have thoroughly tested their cyber-incident intervention plans and have a cyber-incident response team are an average $1.23 million less than those who have taken no measures.

• Breaches in the health sector lead to the highest costs. Health institutions have faced an average cost of $ 6.5 million for nine consecutive years. This figure is more than 60% of the cost faced by other sectors involved in the survey.