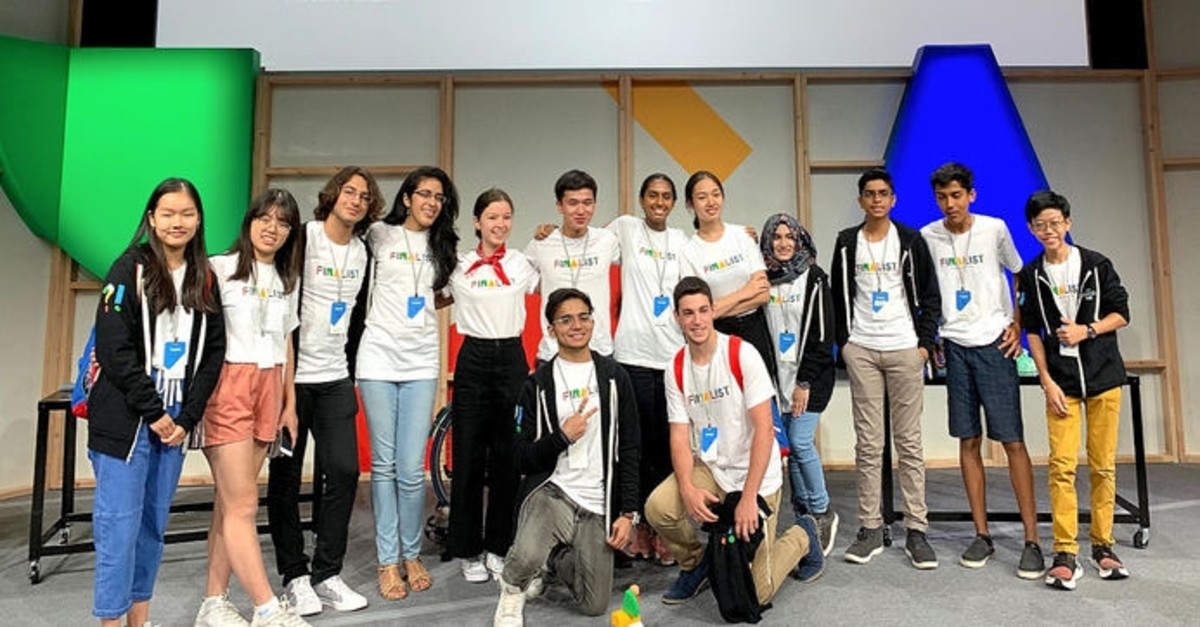 Turan Dormen (third from the left) poses with the other winners after the award ceremony.
by Daily Sabah Aug 06, 2019 12:05 am

Organized every year with the participation of students between the ages 13 and 18 from 120 countries around the world, the Google Science Fair has announced this year's winners. Tuan Dormen who is a high school student from Turkey's İzmir has won the "Scientific American Innovator" award with his digital agriculture project.

Focusing on the lack of alternative energy sources in agriculture, Dolmen created a module that can collect the energy that comes from the vibration of trees, measuring agricultural data. The jury found the project very exciting and presented one of the fair's top prizes to Dormen. The high school student also got the chance to meet top executives of leading Silicon Valley companies such as Lego and Virgin Galactic.

Apart from the prize, Dormen also won a $15,000 scholarship for his education and was invited to a trip by the Scientific American Cruise where he will meet scientists.

Speaking after the award ceremony, Dormen said: "It is exciting to win this international award and succeed under the Turkish flag."