Spend more money on space than defense to save humanity, scientist says 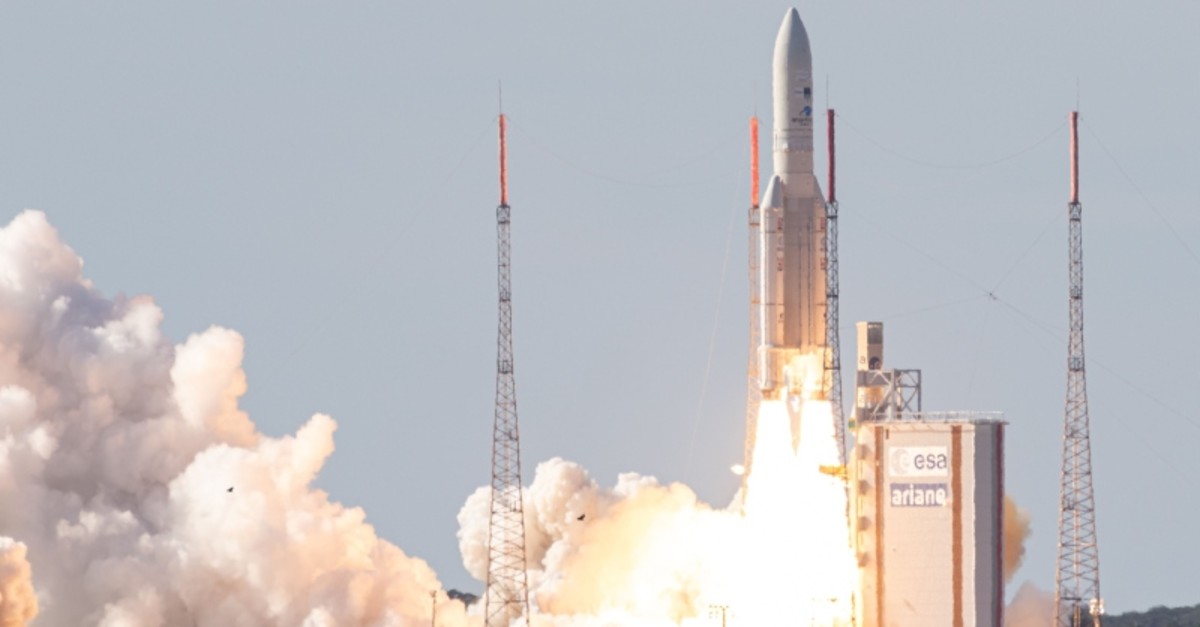 An Ariane 5 carrying two telecommunications satellites, Intelsat 39, built by Space Systems/Loral, and EDRS-C, built by OHB System, lifts off from its launchpad in Kourou, at the European Space Center in French Guiana, on Aug. 6, 2019 (AFP Photo)
by Anadolu Agency Aug 10, 2019 10:34 pm

Humanity would have much to gain if countries across the globe were to allocate their annual military budgets to research on space, our species' final frontier, even for only one year, according to a NASA expert.

Speaking on the sidelines of the National Sky Observation Festival in the Mediterranean Turkish province of Antalya, Umut Yıldız, an astrophysicist at NASA/JPL, said money spent on space studies were usually less than officially reported, especially compared to spending in other areas including wars, defense, and military-related technologies.

Underlining that more than $2 trillion were spent annually on defense worldwide, Yıldız said only an estimated $40 billion were allocated to space programs.

"It would be possible to make many more discoveries," he said, if only one year's worth of defense expenditure was transferred to space research, citing prompt advancement in technology to establish a Mars colony among the possibilities.

Yıldız emphasized that science became more visible in society after the works of prominent astronomer Carl Sagan kicked off "science communication" -- the practice of explaining scientific phenomena in laymen's terms.

"It may be hard for scientists who have a doctorate or have been trained in a subject to explain the complex concepts to the public. But this must be done, eventually," he said, since research is mostly funded by taxpayers, who must be made aware what they are paying for.

"In particular, scientists need to touch the public in some way, not only by teaching and research, but reaching out via social media as well, because with that, younger generations who are interested in science will meet actual scientists," Yıldız added.

The public can easily obtain more specific information via the Internet and social media, Yıldız stressed, adding that information found on these platforms may or may not be accurate.

"What I think is important is to give children and young people critical thinking skills and to make them capable of distinguishing true information from conspiracy theories."

Yıldız emphasized that apart from easily accessing information on social media, young people need to read books. "For a respected author, it's not easy to write a book, it takes months, even years. Broad research has to be done during the writing process, which makes a book last long," he said.

Books allow readers the opportunity to judge information on social media, he said, adding: "What teenagers who watch a video learn is someone else's thoughts. But, when they read, they need to imagine what is written in the book so that in the end, they will have their own thoughts."

Yıldız stressed that teenagers should also expose themselves to differing ideas on a topic so as to "bring out their own".

"Information should not be like a daily consumable product. When labor is spent, it becomes memorable and last longer," he said.

The National Sky Observation Festival at the TÜBITAK (Scientific and Technological Research Council of Turkey) National Observatory in Turkey welcomed amateurs as well as professional astronomers at an altitude of 2,000 meters (6,560 feet).

Apart from space seminars, the festival hosted amateur astronomers who came with own telescopes, with visitors feasting their eyes and brains on planets and other celestial bodies.