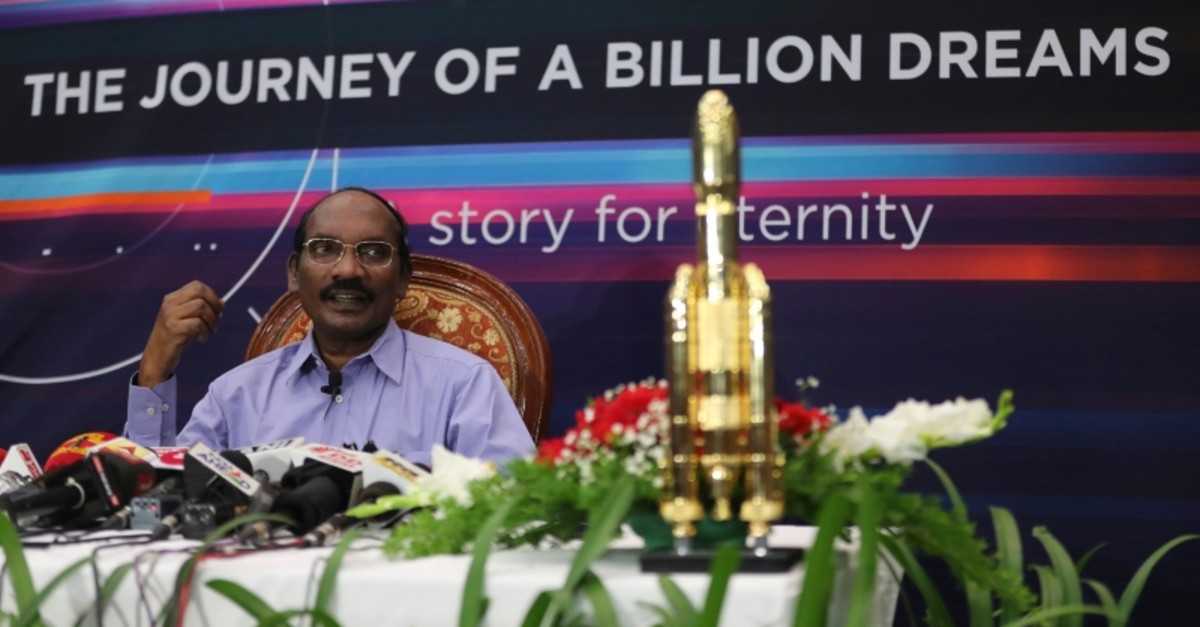 India's Chandrayaan-2 spacecraft entered lunar orbit on Tuesday, executing one of the trickiest maneuvers on its historic mission to the moon.

After four weeks in space, the craft completed its Lunar Orbit Insertion as planned, the Indian Space Research Organisation (ISRO) said in a statement.

The insertion "was completed successfully today at 0902 hrs IST (0332 GMT) as planned, using the onboard propulsion system. The duration of maneuver was 1738 seconds," the national space agency said.

India is seeking to become just the fourth nation after Russia, the United States and China to land a spacecraft on the moon.

If the rest of the mission goes to plan, the Indian probe will land on the lunar South Pole on September 7.

To enter the final orbit over the lunar poles, Chandrayaan-2 will undergo four more similar maneuvers, with the next scheduled for Wednesday.

ISRO chief K. Sivan said the maneuver was a key milestone for the mission, adding he was hoping for a perfect landing next month.

"On Sept. 7, the lander will land on the moon. Whatever is humanly possible, has been done by us," Sivan told reporters.

Tuesday's insertion was one of the trickiest operations in the mission because if the satellite had approached the moon at a higher velocity it would have bounced off and got lost in deep space.

And had it approached at a slow velocity, the moon's gravity would have pulled it in, causing a crash.

"The approach velocity had to be just right and the altitude over the moon precise. Even a small error would have killed the mission," Sivan said.

"Our heartbeats increased... for 30 minutes, our hearts almost stopped."

Chandrayaan-2, or moon Chariot 2, lifted off from India's spaceport at Sriharikota in southern Andhra Pradesh state on July 22.

The spacecraft used in the mission comprises an orbiter, a lander and a rover almost entirely designed and made in India. The orbiter has a mission life of a year and will take images of the lunar surface.

ISRO says the mission will help scientists to better understand the origin and evolution of the moon by conducting detailed topographical studies, mineral analyses and a host of other experiments.

About $140 million was spent on preparations for the probe's mission -- a much smaller price tag compared to similar operations by other countries.

It was launched on India's most powerful rocket, the Geosynchronous Satellite Launch Vehicle (GSLV) MkIII.

The lift-off was successful in its second attempt, a week after it was aborted just under an hour from its launch due to a technical glitch.

India's first lunar mission in 2008 -- Chandrayaan-1 -- did not land on the moon, but carried out a search for water using radar.

A soft landing on the moon would be a huge leap forward in India's space program, with Prime Minister Narendra Modi determined to launch a manned mission into space by 2022.

India also has ambitions to land a probe on Mars. In 2014, India became only the fourth nation to put a satellite into orbit around the Red Planet.