The future is here and we are ready for it 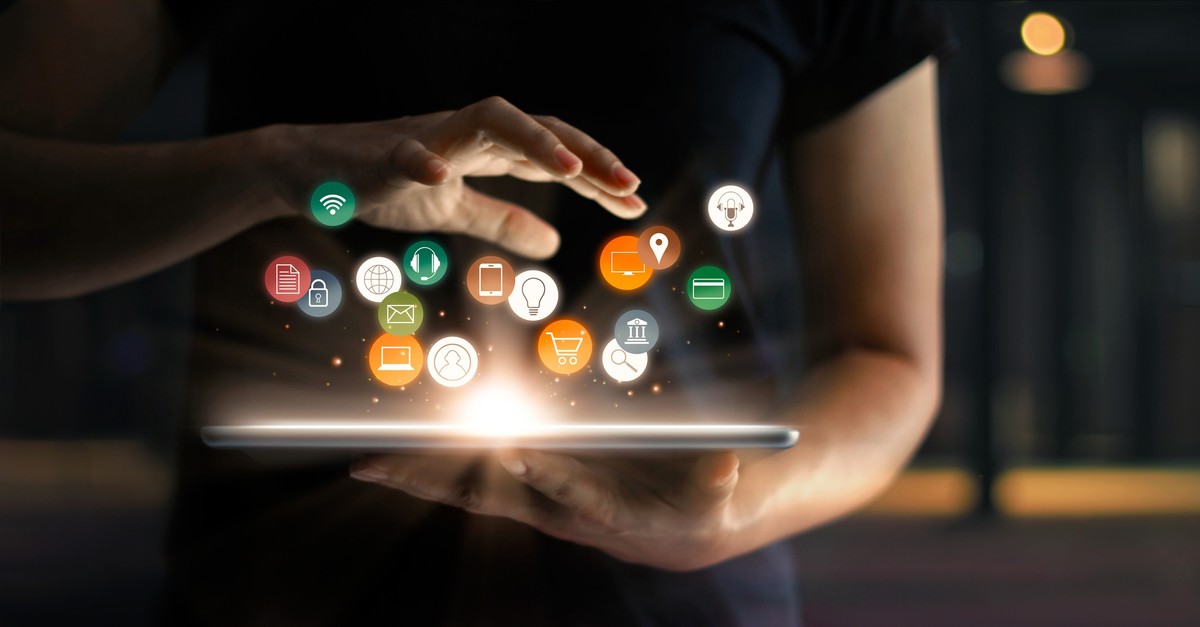 We hear about new technological breakthroughs every day. Computers that once took up an entire room can now be held in our hands. If you want to know what the future holds, ask a futurist

Nowadays, we can at the least envision how advanced technologies, especially artificial intelligence (AI), will change our lives in the next five to 10 years. What about technological innovations that we cannot foresee? Disruptive technologies that can reverse social and economic structures and change the game. Can we predict what they will be? Tom Raftery, SAP Global vice president, innovation evangelist and futurist who came to Istanbul for the SAP Executive Summit in Istanbul last week, has some ideas.

Raftery signaled that quantum computers and nuclear fusion technology would take civilization to another dimension. "I think the new technologies that will be developed in the next 10 to 15 years will be very disruptive. The first is nuclear fusion technology, which I think will completely change the energy industry. The second will be in the quantum field. A document leaked to the media recently revealed that Google had acquired quantum superiority, and this announcement is expected to be made toward the end of this year," Raftery said. "There are many brands, as well as private researchers, working in the field of quantum computers. The effort and money spent here are unbelievable. I have an academician friend studying this field. Private companies and armies' research centers offer incredible amounts of money. Quantum informatics is so important that states spend billions of dollars in this field. If you ask what this will do for us, for example, there are a lot of mistakes when pharmaceutical companies are testing a drug in the sector, which means time and money. But would not it be great if you knew how an enzyme would react to a protein, if you could do it in front of a screen and in seconds, and if you could reduce the old process that lasted for years to seconds?"
Raftery predicted that these developments could take place over an estimated 30 years. "The issue of nuclear fusion takes longer, but I think that quantum computers will soon be on our agenda, even on our mobile phones. If Google has attained quantum computing, it will take five to 10 years for this technology to be reflected in commercial products. We will witness the introduction of quantum technology into our mobile phones with supercomputers and their use in some applications," he added.

3D organ transportation
Recalling that in the coming years, 3D organ and human skin transplantation would be carried out in the field of health care and that the University of Madrid succeeded in developing artificial skin, Raftery said artificial skin could be produced in a few minutes in cases of injury or burns. Irish futurist Raftery pointed out that artificial teeth were also produced through stem cell therapy, stressing that soon artificial hearts and lungs will be created with human cells that will not be rejected by the body will be printed in 3D in the laboratory environment.

As for the near future, the next few years are expected to see the release of autonomous cars. Considering that a tough global race continues in this field, which brand will be the first to launch the vehicle? Which brand has the best autonomous software? According to Tom Raftery, it is not Tesla.

"In the state of California, data on legal vehicle testing must be recorded. The majority of brands in this area are conducting their tests here. If you look at the data from here, except just one, brands could cover between zero to 2,000 miles in a fully autonomous state. We see Waymo go 5,000 to 6,000 miles. I think Waymo is far ahead. Although they have not yet used this term, Wayno's goal is to develop the 'android of the car industry.' They want to make any vehicle on earth mobile on wheels," Raftery further revealed his estimates for autonomous vehicles. "So, we are not just talking about cars. Waymo's CEO John Krafcik has already expressed this in some way. That is why I think Waymo will be the first to hit the road. I do not see a brand that will outrun Waymo at this point. It is never Tesla. Look, I drive an electric car myself. When I went on holiday to Norway, I had the chance to drive Tesla 3. Tesla's autopilot has a very aggressive ride. It hits the brake too hard in case of an obstacle or danger. On the other hand, Tesla will get better as it is updated, which is Tesla's biggest advantage. Meanwhile, it is constantly getting feedback from its drivers. All vehicles are connected to the center via LTE [Long Term Evolution]. So, whenever a Tesla car has an accident, there is a chance that the center will know why this happens because of the constant flow of data. It has a continuous learning platform."
Transportation costs close to zero
Raftery recalled that the concept of an autonomous electric vehicle will eliminate many production areas and costs, including the automotive sector, and further commented on the differences that autonomous vehicles will make in the economy. "First of all, the money you give to the driver is taken out. Let's not forget the taxi driver constitutes half the cost. Electricity is much cheaper than oil and diesel. Your insurance costs drop. The electric engine has a simpler engine structure than the fuel engine. Therefore, maintenance costs are reduced," he continued. "Transport costs near zero, which is extraordinary in every respect. Companies no longer need to think of transportation as an expense. For example, you order a drink from a coffee chain. Your coffee is brought to you with a mobile electric vehicle, and the cost of this service is almost zero. Imagine, electric autonomous vehicles will also eliminate some of the subsectors in the automotive sector. No more traffic signs, gearbox, oil filter or spark plug."