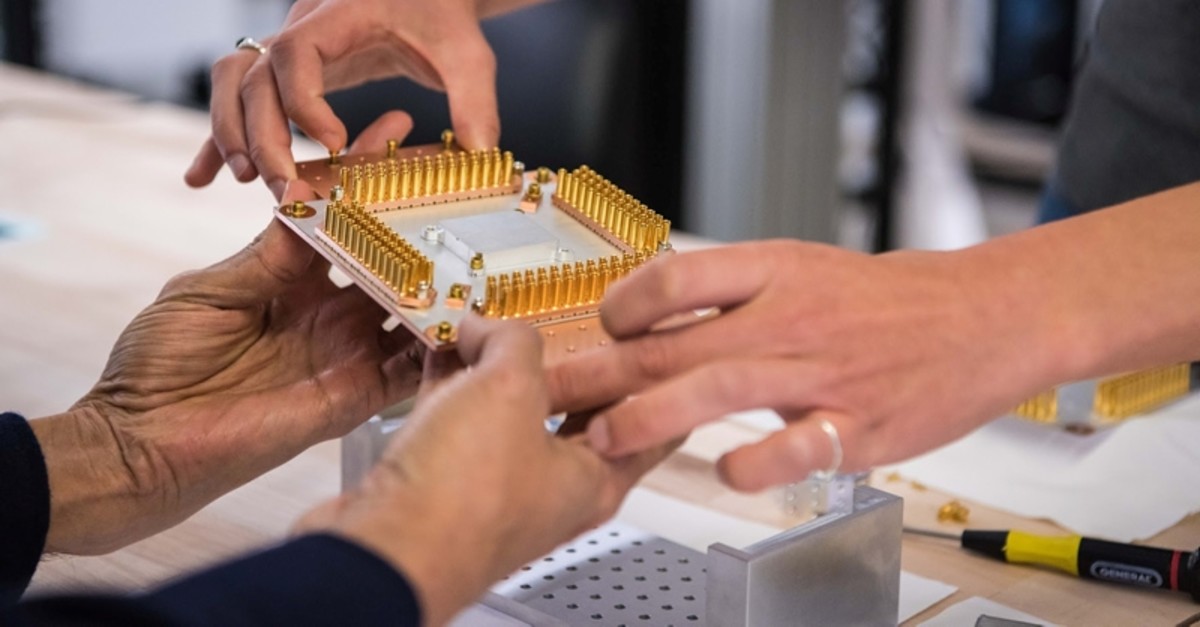 Google said it has achieved a breakthrough in quantum computing research, saying an experimental quantum processor has completed a calculation in just a few minutes that would take a traditional supercomputer thousands of years.

The findings, published Wednesday in the scientific journal Nature, show that "quantum speedup is achievable in a real-world system and is not precluded by any hidden physical laws," the researchers wrote.

Quantum computing is a nascent and somewhat bewildering technology for vastly sped-up information processing. Quantum computers are still a long way from having a practical application but might one day revolutionize tasks that would take existing computers years, including the hunt for new drugs and optimizing city and transportation planning.

The technique relies on quantum bits, or qubits, which can register data values of zero and one — the language of modern computing — simultaneously. Big tech companies including Google, Microsoft, IBM and Intel are avidly pursuing the technology.

"Quantum things can be in multiple places at the same time," said Chris Monroe, a University of Maryland physicist who is also the founder of quantum startup IonQ. "The rules are very simple, they're just confounding."

Google's findings, however, are already facing pushback from other industry researchers. A version of Google's paper leaked online last month and researchers caught a glimpse before it was taken down.

IBM quickly took issue with Google's claim that it had achieved "quantum supremacy," a term that refers to a point when a quantum computer can perform a calculation that a traditional computer can't complete within its lifetime. Google's paper shows that its quantum processor, Sycamore, finished a calculation in three minutes and 20 seconds — and that it would take the world's fastest supercomputer 10,000 years to do the same thing.

Google calculation is a random sampling problem similar to dice roll or gambling machine to find outputs from a huge set of combinations of different numbers.

But IBM researchers say that Google underestimated the conventional supercomputer, called Summit, and said it could actually do the calculation in 2.5 days. Summit was developed by IBM and is located at the Oak Ridge National Laboratory in Tennessee.

Google dismissed IBM's claims, asserting in a statement Wednesday that it performed its tests on an "actual supercomputer" and is now on a "totally different trajectory" from classical computers. The company said Sycamore demonstrates that it is now "performing on real hardware a computation that's prohibitively hard for even the world's fastest supercomputer, with more double exponential growth to come."

Whether or not Google has achieved "quantum supremacy" or not may matter to competitors, but the semantics could be less important for the field of quantum research. What it does seem to indicate is that the field is maturing.

"The quantum supremacy milestone allegedly achieved by Google is a pivotal step in the quest for practical quantum computers," John Preskill, a Caltech professor who originally coined the "quantum supremacy" term, wrote in a column after the paper was leaked.

It means quantum computing research can enter a new stage, he wrote, though a significant effect on society "may still be decades away."

The calculation employed by Google has little practical use, Preskill wrote, other than to test how well the processor works. Monroe echoed that concern.

"The more interesting milestone will be a useful application," he said.

The promise of such future applications in commerce and national security has attracted interest from governments including the United States and China that are increasingly investing in the expensive basic research needed to make quantum computers useful. One feared outcome of quantum computing — though experts say it could be decades away — is a computer powerful enough to break today's best cryptography.

Google's research was centered at a University of California, Santa Barbara laboratory but relied in part on a Department of Energy supercomputer and experts at the National Aeronautics and Space Administration to verify the work.