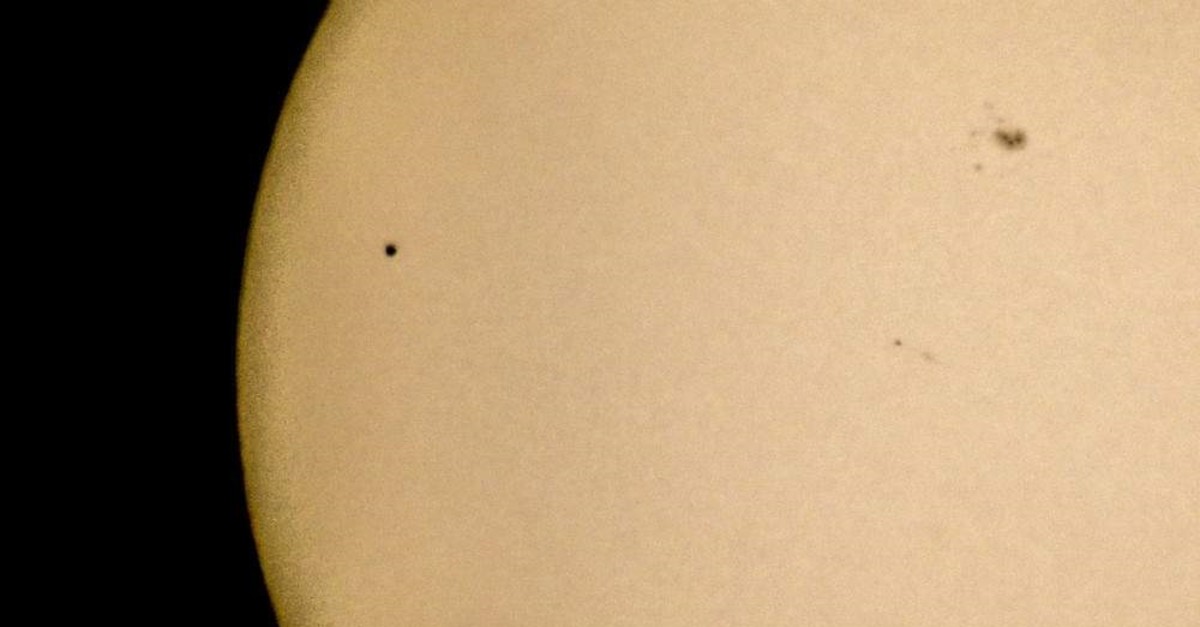 The Scientific and Technological Research Council of Turkey (TÜBİTAK) will organize a special event on Nov. 11 to observe a rare transit of the planet Mercury across the face of the sun, the council said in a written statement on Thursday.

The TÜBİTAK National Observatory, located in the Mediterranean resort city of Antalya, will bring the celestial event to the public. The observation in Turkey will start at around 3:30 p.m. local time on Nov. 11 and will end when the sun sets, the statement said.

A live broadcast of the planetary transit will be also watched at Akdeniz University's campus in Antalya, where observatory experts will inform participants about the rare event, it added.

The telescope observation will be broadcast live at https://www.youtube.com/c/TÜBİTAKUlusalGözlemevi, it said.

Industry and Technology Minister Mustafa Varank invited those interested in observing the event to the university's campus.

"Our eyes will be on Mercury on Monday! The fastest planet Mercury will pass between the sun and the Earth," Varank said on Twitter.

The passage will be observable in North and South America, Antarctica, West Africa and across the Atlantic Ocean.

On Nov. 11, Mercury – the planet closest to the sun – will be at a distance of 101 million kilometers away from the Earth during its transit, which will occur for the last time this decade.

The last transit of Mercury was observed in May 2016, and space enthusiasts will not be able to watch this spectacular celestial event again until Nov. 13, 2032.

On average, the transit of Mercury across the sun happens 13 times every century.

Experts warned that only telescopes with specially manufactured solar filters should be used to observe the passage; otherwise, the eye's retina could be severely damaged by looking directly at the sun with other optical instruments without filters, such as binoculars or telescopes.

The TÜBİTAK National Observatory, which was opened in September 1997, is located at an altitude of 2,500 meters and "fills a significant gap on the map from far east to the west of Europe since no other active observatory is located along and around the same longitude," the council said on its website.