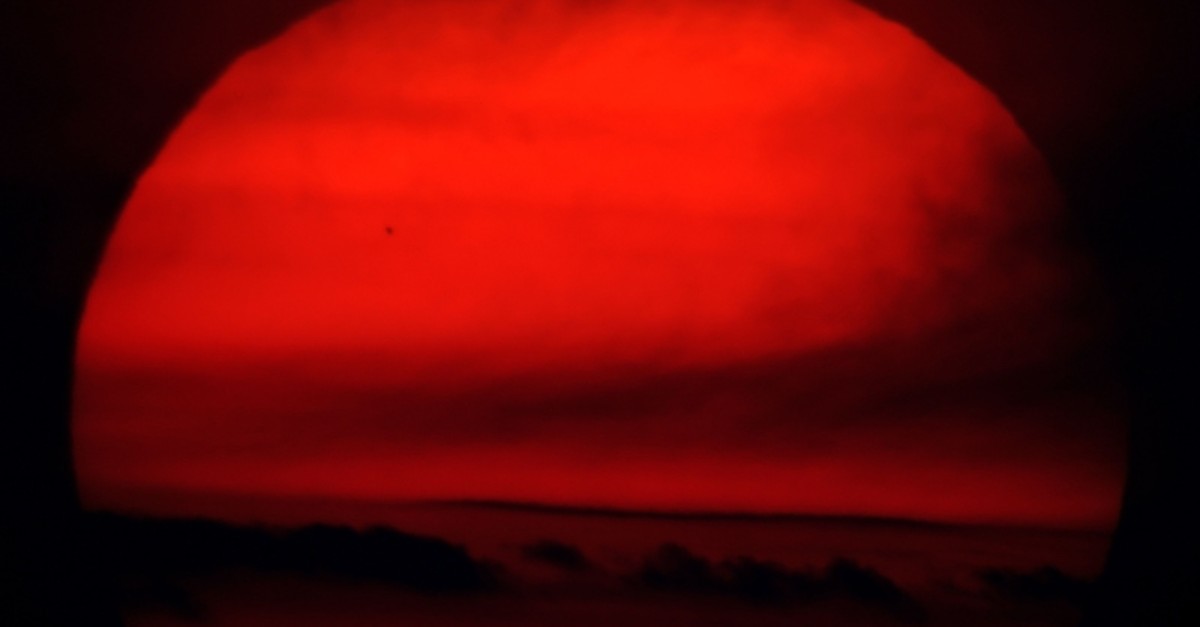 Mini Mercury skipped across the vast, glaring face of the sun Monday in a rare celestial transit.

The Scientific and Technological Research Council of Turkey (TUBITAK) live broadcasted the the rare transit of the planet Mercury across the Sun on Monday.

The celestial event was observed by the public at TUBITAK National Observatory, located in the Mediterranean resort city of Antalya, as well as through the live telescope broadcast of the council that started at around 3:30 p.m. local time (1230GMT) and ended when the Sun descended to the horizon.

The planetary transit was watched at Akdeniz University’s main campus in Antalya, where observatory experts informed the participants about the scene.

Stargazers used solar-filtered binoculars and telescopes to spot Mercury, a tiny black dot, as it passed directly between Earth and the sun.

The eastern U.S. and Canada got the whole 5-and-a-half hour show, weather permitting, along with Central and South America. The rest of the world, except for Asia and Australia, got just a sampling.

Mercury is the solar system's smallest, innermost planet. The next transit isn't until 2032, and North America won't get another shot until 2049.

For hundreds of years scientists have used these events to study the way planets and stars move in space, and NASA said teachers and parents shouldn't miss the opportunity to teach children about the solar system.

Mercury - the planet closest to the Sun - was at a distance of 101 million kilometers (62.7 million miles) away from the Earth, which occurred for the last time this decade.

The previous transit of Mercury was observed in May 2016, and space enthusiasts will be able to watch the next spectacular celestial event on Nov. 13, 2032.

On average, the transit of Mercury across the Sun happens 13 times in a century.