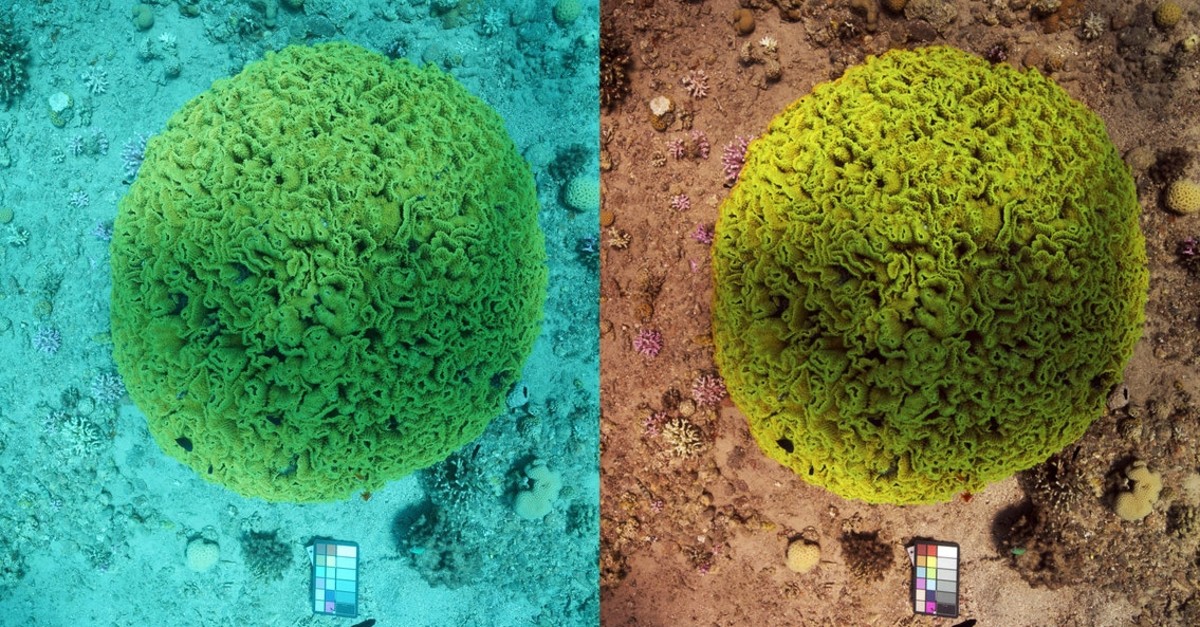 This undated image shows an underwater photo before, left, and after See-thru is applied. (Photo courtesy of Derya Akkaynak)
by Daily Sabah Nov 15, 2019 3:24 pm
A Turkish scientist developed an algorithm that could potentially revolutionize marine science and underwater photography.
Engineer and oceanographer Derya Akkaynak created a program that removes the color distortion underwater images suffer because of how light travels through water.
The algorithm, which is called See-thru, “takes an underwater image and removes the water from it. And it looks just like as it would if you took the photo on land,” Akkaynak told Scientific American magazine.
She explained that underwater photos usually have an overwhelming green or blue colorcast, while objects in the distance are backscattered.
See-thru uses distance information and a mathematical formula to go “through each pixel to calculate what the degradation is and removes it.”
“I see this as the start of the artificial intelligence boom in marine science,” Akkaynak predicted.
She believes her algorithm would greatly help biologists and other scientists to make surveys of the seafloor or reefs, which currently is done manually.
Akkaynak insisted that See-thru has nothing to do with enhancing images through programs like Photoshop.
“It’s a physically accurate correction rather than a visually pleasing modification,” she said.
Recreational underwater photographers should also be excited over the technique, Akkaynak added, as they will finally be able to remove all the degrading components from the images they take.
Scientific American said Akkaynak’s algorithm “could be of value to scientists trying to understand the impacts of climate change on coral and other marine systems.”
Last Update: Dec 20, 2019 1:42 am
RELATED TOPICS