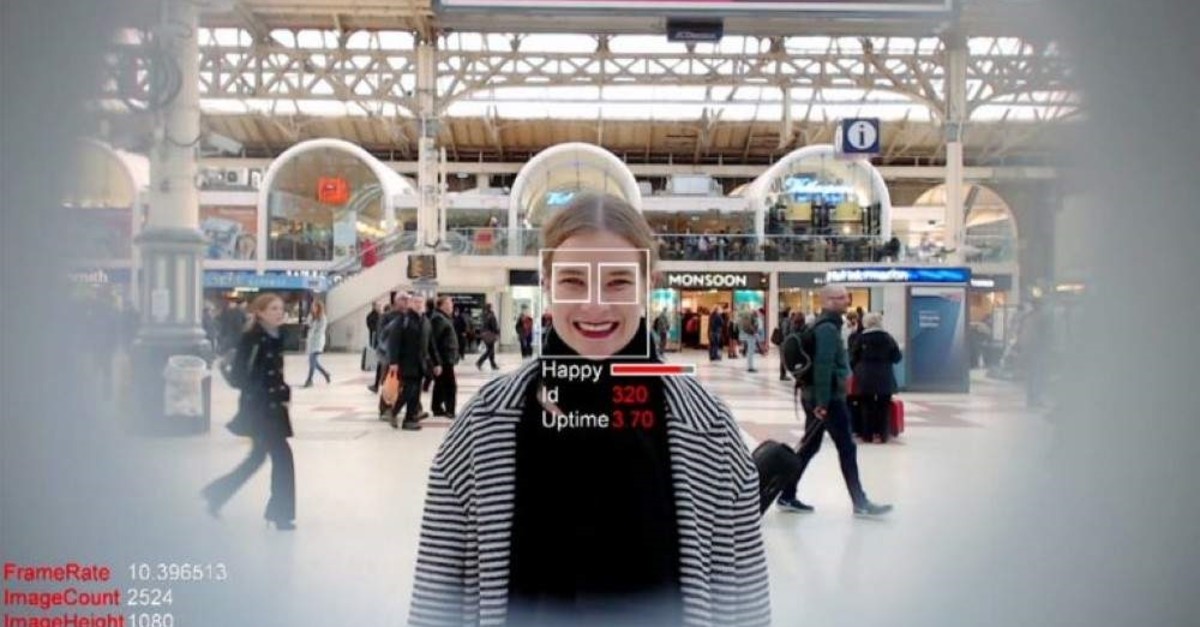 Facial recognition software has become increasingly popular in the past several years.
by Şule Güner Jan 01, 2020 8:00 am

After having the honor of fitting Japan's friendly humanoid robot Pepper with Ayonix's software, Sadi Vural now wants to branch out into health care with facial recognition tech

Facial recognition is one of the most controversial artificial intelligence applications in recent years. The application areas of this technology – which is already used in security cameras, airports, banks and mobile phones, often in place of signatures – are rapidly increasing. As one of the world's best practitioners of this technology, Turkish scientist and facial recognition engineer Sadi Vural managed to carry this technology to the G20, the United Nations and secret intelligence organizations with Ayonix, a company he founded in Japan 12 years ago. Vural, who has gained the trust of the world's largest institutions, has also been stirring interest with his fascinating projects on how to use this technology for human benefit.

Vural, who came to Turkey for the Turkish-Japanese Innovation Summit held in Istanbul in November, explained how this technology and its areas of use could be expanded.

Having worked in this field for 18 years now, Vural said he has noticed one disturbing trend: No matter how much or how fast computer technologies evolve, facial recognition systems remain the same.

"Nobody cares about the error rate on facial recognition. There is a fear that if you make a mistake, you cannot sell the product. 99% of the market is like this," he said.

"The Japanese model is a little different though. The Japanese are more concerned with institutionalism, which suits my character. I treat this job as my child, actually," he said, noting that people have been a bit uncomfortable with using facial recognition in security. "They say, 'Am I your enemy?' But what if facial recognition is used to improve oneself in society? For example, when you see me on the street and I say 'hello' or just smile, would you not like it?"

Smiling is a crucial issue for the service sector. "Is the customer smiling or not? All companies and institutions are invested in this. Are they happy, angry, furious? Facial recognition can detect these emotions with close to 100% accuracy," he explained.

Vural said the situation in hospitals is different. "This technology and cameras are used solely for security purposes in hospitals. In Japan, on the other hand, they are used to shorten the amount of time a person is waiting in the queue. If a patient is waiting too long, an officer comes and says, 'Sir, we apologize for keeping you waiting. Would you like something?'" Vural said the Asian country places so much importance on manners, motivations and customer satisfaction that employees who smile at the workplace and please customers are given more bonuses.

Stating that companies nowadays are providing training to improve dialogue with customers, Vural said there were demands, especially from Iran and Mexico, to educate employees about smiling more. He said these employees are made to smile a few minutes each day during training – in the morning, at noon and in the evening. Underscoring that it was very motivating for people to smile, Vural said Ayonix's facial recognition system, which will help better detect people's emotions, will soon be integrated into Softbank's famous Pepper robots.

"For example, Pepper will meet people at stores and institutions and face the customers who smile and say 'welcome' but will choose to ignore those not smiling. I want to increase the number of similar examples. I will provide some brands with this service free of charge," he said. 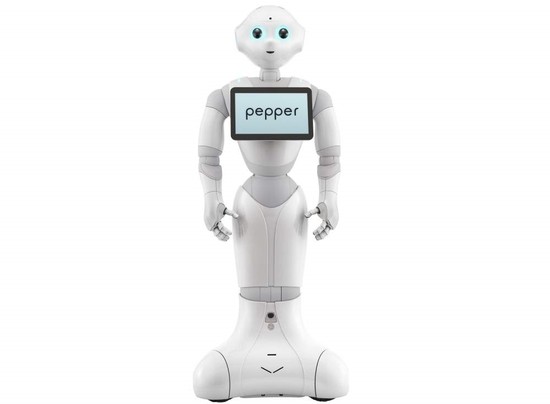 "People mostly tend to think about detecting theft in their stores with these systems but there are other such uses as well," he added.

However, Vural said the West, in particular countries like France, Russia, the U.K., Brazil and the U.S., approached the use of facial recognition tech solely for security purposes, which most likely stems from the fact that they are dealing with many domestic and foreign threats. "I think immigrants in this country think, 'This is not our country, I will return to my country after a certain time.'" Vural said both the Mexican police and drug dealers have contacted him about this technology, with the former asking for it to track down criminals, and the latter wanting it to evade plainclothes police officers.

But what if these people are wearing glasses or face masks? Vural said as long as the corners of the eyes are visible, the system can identify or guess facial features with an accuracy rate of 80% after taking into account the depth and outlines of the nose. "After that, we can map out the face in 3D," he said.

Vural said his next goal for this technology is to use it in disease analysis and, more specifically, in preventive care. "It will be just like in the past when people used to look at patients' faces and diagnose them. Cases of cancer have increased rapidly. I would argue that they could be detected very early on, before the first stage. There are about 50,000 features that can be examined on the face, and each one changes with this disease," he said.

Vural said the first tests he ran achieved a 55% success rate, and now he has set the bar to reach 99% with future plans to make it into a mobile phone application. Vural is currently working on detecting Alzheimer's disease and breast cancer in the U.K. and Australia.

Vural said he also has another crazy project on turning AI into a sort of "psychic." Elaborating on the idea, he said his aim was to be able to make qualitative and quantitative judgments about a person by examining his or her attitude, facial expressions, health information and whether they are overweight or wear heavy makeup or not – and thereby analyze their psychology.

Tea with a splash of facial recognition

Vural said he plans to create a database from this data to provide him with more information about human psychology and then consult psychologists on it. "For example, we will be able to say, 'You have to do this for the following reasons. Or, 'You need to take these precautions for the following reasons.' In parallel with this project, I also plan to open a facial recognition café," he added.

The idea doesn't seem that far-fetched, considering that Japan is a country of crazy-themed cafes. The fact that Vural plans to open the first of many in Ginza, Tokyo's most famous upmarket shopping, dining and entertainment district, shows that he sees how much potential it has.

The way the café will operate will go a bit like this: "Facial recognition cameras will read people's faces and advise the customer on what to drink or eat based on how they feel. For example, it will say 'You look very unhappy, take a glass of mint tea.'"

"Who says you can't have fun while doing your job?" Vural asked.

How did Vural think of using facial recognition in areas other than security, you ask? "It came to me while I was running on the treadmill, sweating, my face beet red," he laughed.

"In the 2000s, when it was popular to investigate whether faces could be recognized just from the eyes, I thought, 'We can find people's faces and perhaps reveal the feelings hiding behind them,' but I did not know how. Then when digital cameras began to enter our lives in 2003, and I reached a certain stage in my research, something happened. While running for an hour on the treadmill in the gym, my face was red, my heart beating 170 beats a minute. At that moment I thought, 'If I had a camera in front of me, would it be able to analyze me for cancer due to the rush of blood to my face?' (It could detect whether) our faces look a bit pale or more tired than usual. All of this could be explained by facial recognition, I thought, and started my research to implement this technology into health care practices," Vural said.

Computer-like cameras that do not store data

According to Vural, sensor technology for facial recognition needs to be improved, but central processing units (CPUs) do not need to be bigger to analyze large data. An example of this is facial recognition cameras, which are in a sense computer themselves, Vural said.

"These cameras do not store data and therefore do not violate the European Data Protection Directive's General Data Protection Regulation (GDPR), but only use a small portion of the processor to analyze the data," he added.

Born in Çorum in 1973, Vural graduated from Istanbul University's Department of Electronic Engineering and completed his master's degree in Kyoto, Japan before studying for his doctorate at Osaka University's Arai Laboratory. Here, he became a student of professor Hiroshi Ishiguro, one of the most famous roboticists in the world. For a long time, Vural worked on projects on developing chips, microprocessors and mobile phone processors for tech giants like Sony, Rohm, Fujitsu and Toshiba. In 2007, he founded Ayonix Face Recognition Technologies – the first such company in Japan. Vural is currently a visiting professor at Osaka University.