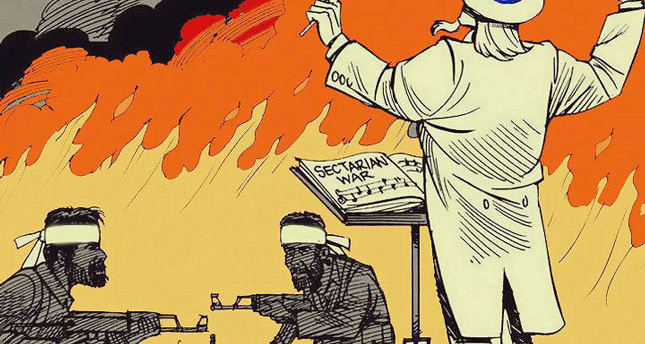 The Quran is a book that Muslims have in their hands, whether Shiite, Sunni or otherwise. There is no other Quran

In this article I will concentrate on several points I consider necessary to move from the theoretical to the practical domain when dealing with Islamic unity. It also contains self-criticism of the methodology we resort to in our Ijithadi thought, within all our sects or when we assess the differences between various Islamic sects. These three points are:

All Muslims agree that the holy Quran is their juristic, doctorial and intellectual reference they refer to in order to solve differences among them. The Quran is the book that Muslims have in their hands, whether Shia, Sunni or otherwise. There is no other Quran. It is clear that the Quran has laid the basis for Islamic unity in a number of holy ayat such as:

"Hold tight to the covenant of God and do not disperse," but some problems come from the acceptance of the Hadeeth without any standard reference. There are two issues to consider:

First, to what extent is the holy Quran present in our intellectual and doctrinal thought? And what will be the result of harmony between the Quran and Sunnah? The institution of the ayat refers to the Quran as the reference on which all our concepts and doctrines should be based, meaning that there is a wide margin the Muslims could be unified in their movement within, as long as their thought is within the boundaries of this infallible reference that nobody denies it superiority.

Second, the meaning of the authority of the Quran as a superior reference to all fields of Islamic thought leads to surpassing the stage of generalities and slogans and seeing it as a detailed reference. For example we will find that the fact that Muslims were not educated on: "Say: bring your proof if you are truthful," has allowed many of us to surpass the limit of proofs in belief and in thinking. We even adopted certain ideas that could be traditions without an authentic origin and became part of those who Allah has criticized for following the beliefs and traditions of their forefathers.

The issue of the Quran as the authoritative reference poses a question. Can we accept today the idea of closing the door of intellectual juristic and even doctrinal Ijtihad?

Closing the door of Ijtihad leads to the judgment beforehand of the finality of a thought either in a certain stage or produced by certain people whose thought or culture might differ or develop in accordance with the development of thought and culture of their time. One must bear in mind that first, ijtihad institutes the struggle among the ideas of the living and not the struggle of the living on the thoughts of those who have died.

Second: Contemporary ijtihad should benefit from contemporary challenges which we have experienced and which confirm that we are all targeted and not one sect in particular.

Third: Re-emphasizing the values and axioms that ought to govern thought and movements of Muslims could change the way Muslims view Islamic history, which would reduce the acuteness of certain events that was fueled by fanaticism.

Fourth: Opening the door for ijtihad could constitute an opportunity for the emergence of Islamic nonsectarian jurisprudence, since agreement on 80 percent of the branches (issues) could be a prelude for a process of intellectual cross- fertilization regarding the remaining 20 percent, which would cancel the sectarian claim of one thought or another.

The believers cannot be of a canceling, destroying, exclusive or selective spirit that chooses certain manners in a certain situation and discards the same in others. Their spirit should be messianic and concerned with truth, justice and guidance which could form the basis of a positive spirit by which man will not feel that he has to score points, an attitude we were addicted to in our secular discourse throughout our Islamic history. This will also make us do away with cursing and lead us to the modesty of science and take us away from intellectual arrogance in which each party believes that he is totally right and the other is totally wrong.